CELTIC won 2-0 comfortably at Celtic Park on Thursday night against the visiting AIK.

However, while Neil Lennon’s men were playing on the night, AIK fans tried to cause as much trouble as possible at Celtic Park.

The 1200 strong travelling support who had to be ushered by police from Glasgow’s Merchant City area to Celtic Park tried to rush the police barriers during the first half of the game with one Celtic fan being pinned by police for also breaking through the barrier. 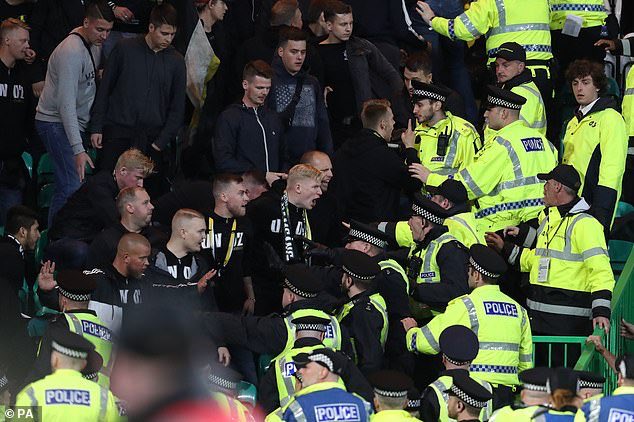 The Swedish fans piled in on the stewards and police at the away section trying to break through to get at the Celtic fans.

Order was eventually brought but not one AIK fan causing trouble was lifted by police who are so passive when it comes to trouble making away supporters on Euro nights.

It’s not like some of them usually have a problem wading into football fans.

Celtic put their team to the sword and now the team head over to Sweden with a 2-0 cushion. One foot in the Europa League group stages.