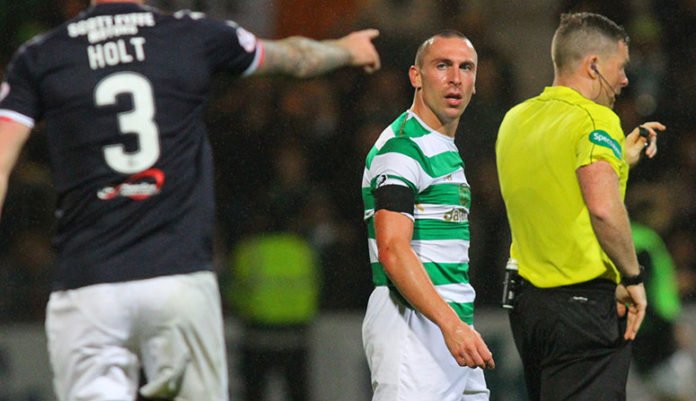 The two players had an exchange with Brown pushing Kipré then the Motherwell star lashing out kicking Scott Brown.

The player was subsequently sent off for it – looking at the incident it’s a harsh decision but to brand the Celtic captain pathetic for reacting to studs coming into the back of his leg is absolutely ridiculous.

Nothing much was made of Jozo’s red card last week against Morelos but if you want to look at a player reacting to a situation then watch Morelos realise his opportunity to hit the deck and then doing so.

The commentator then? Andy Walker who didn’t feel that it was at all pathetic.

This is from a man who actively condones players going down in the box to force the referee to make a decision.

There’s only one pathetic player who has worn The Hoops here and it ain’t Scott Brown.