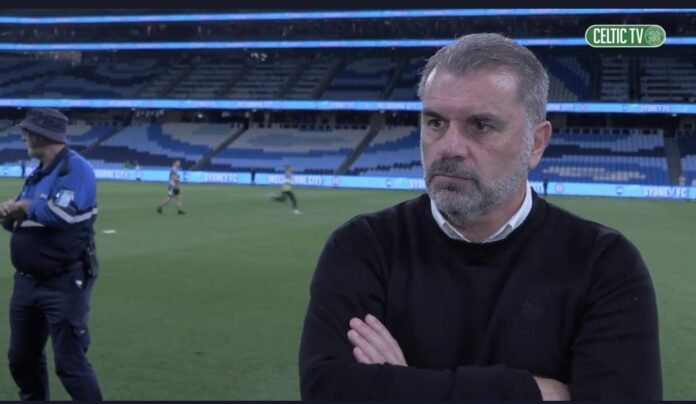 ANGE POSTECOGLOU has refused to give his Celtic team any excuses to lean on after their 2-1 defeat to Sydney FC.

The Scottish Champions took the lead in the Allianz stadium but conceded twice in the end to lose the game.

Given the bhoys are not long off the flight from Glasgow to Sydney, a journalist asked the Celtic manager if tiredness was an issue for the players.

The Hoops manager was unequivocal, yes they were tired, but that was no excuse for the poor performance.

The Celtic manager seemed very disappointed with his team not being able to achieve the standards they’ve set over the past year and wants to see a reaction against Everton.

The Hoops take on the Premier League club on Sunday in Australia, a 3:45am kick-off back in the UK.

Ultimately, results aren’t the be all and end all for the club. Celtic are being paid a lot of money to be part of the competition. The financial boost will no doubt help Celtic and Ange in their bid to strengthen the team further in January and beyond.