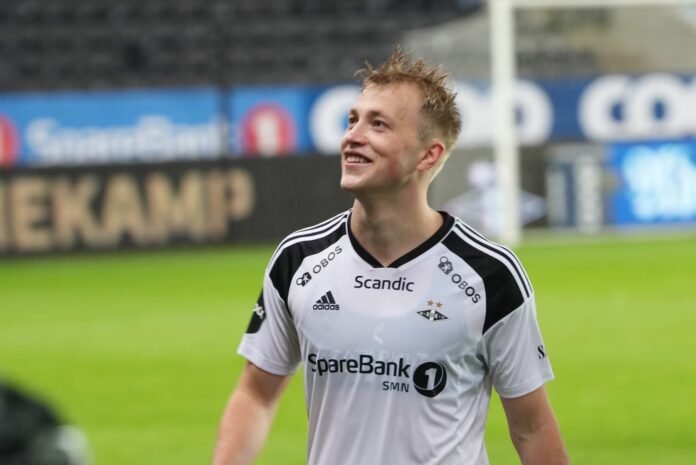 CELTIC transfer target Casper Tengstedt is set to complete his move to Portuguese side Benfica with preparations to fly the striker to Lisbon taking place.

Talks are in an advanced stage for the Rosenburg player, who is missing training to wrap up negotiations with Primeira Liga leaders. [TV2 Sport]

Celtic had scheduled talks with the 22-year-old, who netted 15 times in his 14 appearances. He’s also part of the Denmark under-21 set up, alongside Matt O’Riley.

The Hoops have plenty of other striking targets, with Cho Gue-sung a name that won’t disappear. However, the longer the transfer rumours run on for the Korean striker, the more worried it makes Celtic fans, with all of Celtic’s business under Ange Postecoglou completed quickly and discreetly.

Giakouamkis looks to be edging closer to the exit; getting another body in the position is crucial this window, with only two natural strikers with the first team at the moment.