Celtic are on a very impressive winning streak for 2020, so far they have conquered all before them. Away at Pittordire can be a tough fixture but this season Celtic have come out trumps on every occasion they have come up against the Dons.

With the Celtic squad nearly back to full strength, Neil Lennon will be hoping his side leave Aberdeen today with three points and no fresh injury concerns before his Euro squad take a flight to Denmark to take on Copenhagen in the last 32 of the Europa League.

The Bhoys have found a winning formula and it was uncertain if Lennon would tinker with the team today and put more emphasis on Thursday’s clash. With the teams just announced it looks like the manager means business.

The Irishman has named a near strongest starting eleven with probably only Bitton been the only surprise addition. Amazingly, Ryan Christie still finds himself on the bench when the player is in the form of his life this season but that is just how good this Celtic squad are right now. 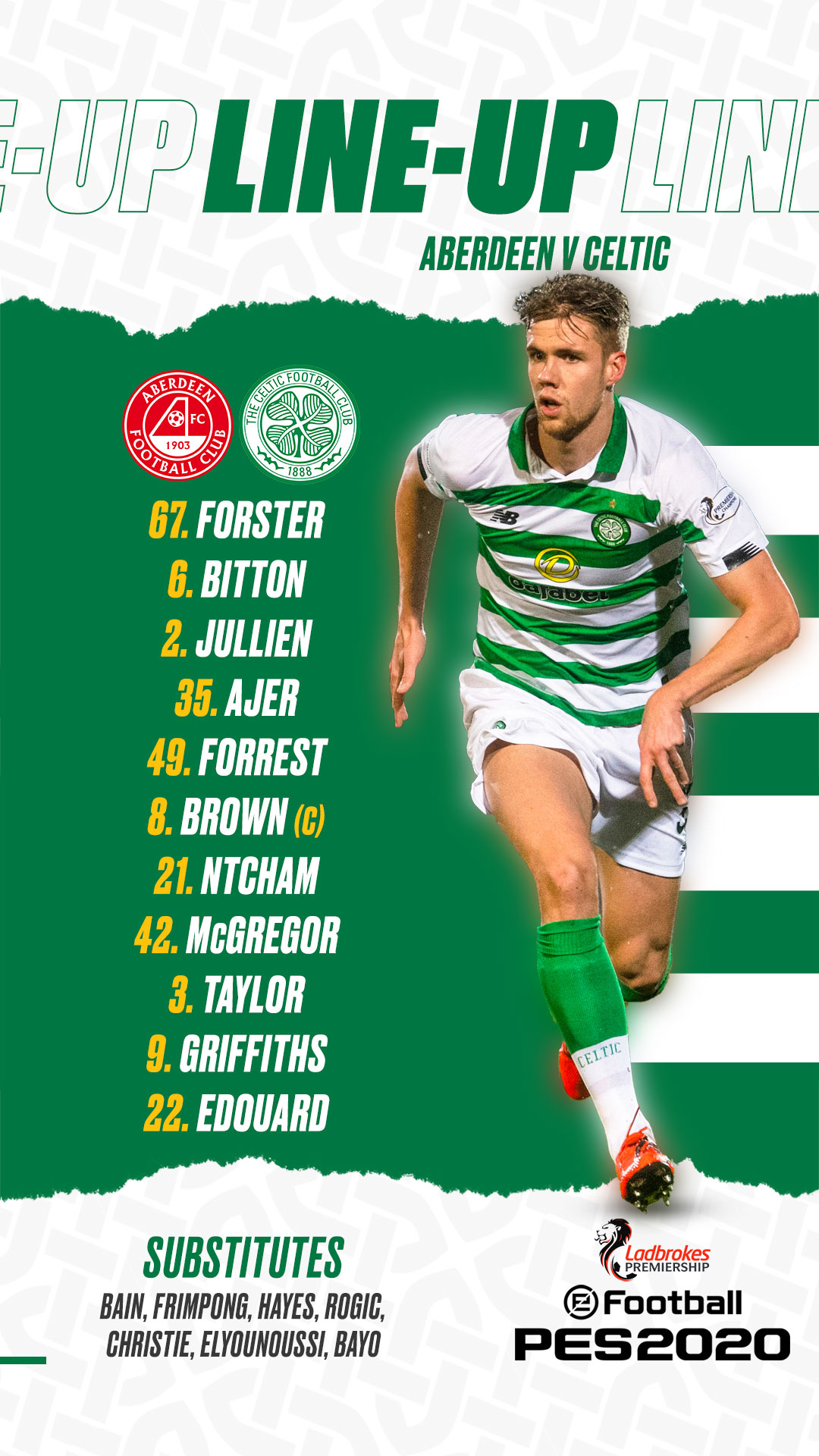