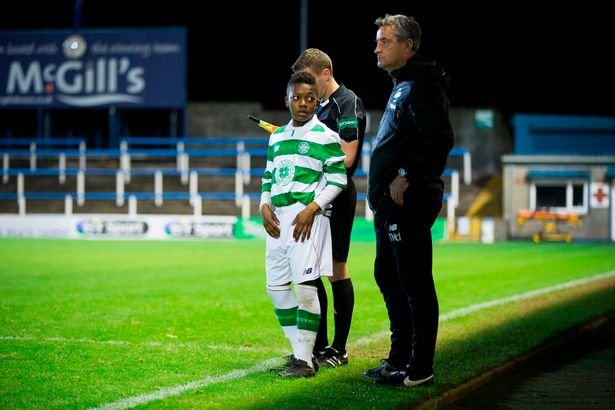 CELTIC are in a fantastic position when it comes to naturally talented players. However, our two most naturally skilful players are only here on-loan.

Roberts is due back in Manchester at the end of May and Musonda we have 18-months to enjoy everything he has to offer.

There is one player at Celtic who has caused a lot of buzz without even kicking a ball for the first team. A player that is a full time Celt and by Rodgers own admission is ready for first team football, physically but not mentally; 15-year-old Karamoko Dembele.

Speaking yesterday to the Daily Mail – Brendan Rodgers question Levein’s logic in fielding such a young player in Harry Cochrane in such a high pressure game. Drawing from his own experience and the talent he has in Karamoko, the Irishman knows he could play the young lad right now but his development longterm is more important.

From a talent perspective I could probably put Karamoko Dembele in to the first team right now but he’s coming up to 15,” Admitted Rodgers.

“I have to think about where he is at in terms of his maturation level. Not just his talent level.

The player could be phased into first team football in the next 2-3 years, all going well.