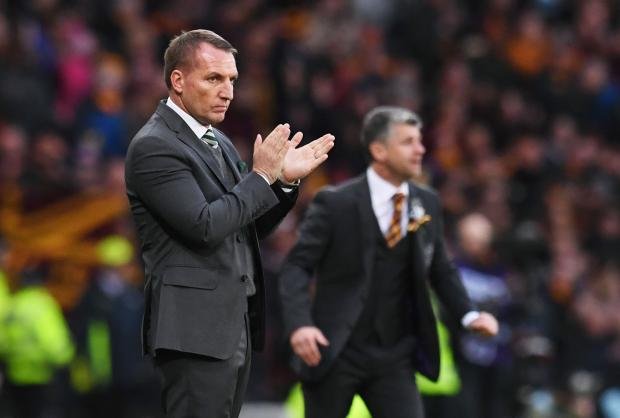 BRENDAN RODGERS has given a massive insight to what he’s thinking ahead of Celtic’s first Champions League qualifier next week.

The Irishman set up a behind closed door game for one set of players while the other set plays in a competitive friendly against Sparta Prague.

Celtic beat BW Linz 2-1 this morning thanks to goals from Scott Sinclair and Mikey Johnston – however the team was comprised of a more eclectic bunch of Celtic stars rather than the ones we’re used to seeing week in, week out.

This afternoon’s game has a pretty strong starting XI and you would have to think the Irishman is picking a side most likely to go up against Aleshkart next week.

The side is as follows:

Hendry playing right back in the absence of both Lustig and Gamboa due to World Cup Duty.

Simunovic and Ajer seem to be the favoured pairing ahead of Marvin Compper. A familiar midfield, however, two strikers in the side has us wondering!

Is Rodgers experimenting with playing to bhoys up front in a Champions League surprise?