It’s safe to say, the THIRD very late goal in a short period of time has broken a lot of people who thought Sunday was the day Celtic were going capitulate away from home.

Edouard forcing the play with James Forrest pushing into the box and returning it to the Frenchman who calmly slotted it home ensured all three points for the bhoys and sent our rivals daft.

Social media is a funny thing after a game like Sunday. So much frustration followed by sheer joy, happiness and a right few ‘get it up yeez’.

For anyone who isn’t following, it’s a league table that completely disregards Celtic winning games. Low and behold, Celtic are still top of that league too!

They’re that broke they’re coming up with fictitious league tables that they can’t even top!

Whatever gets you through the season! 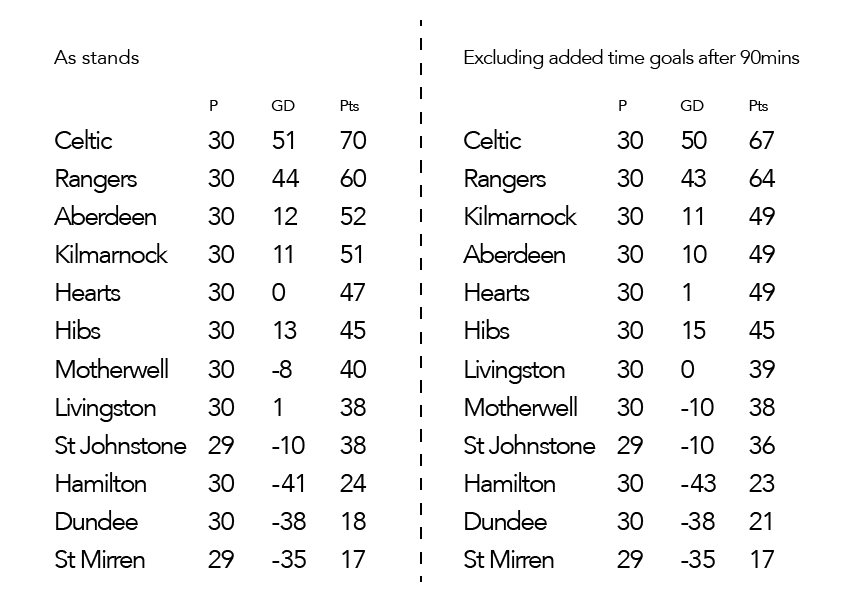