It’s the summer of Celtic if you’re a season ticket holder or subscribe to Celtic TV.

It’s been confirmed to us that all Celtic’s pre-season games will be shown as the Ange Postecoglou revolution kicks into action.

There are FIVE friendlies to watch this pre-season; three away games and two home games. Celtic have chosen to stay in the uK [a wise move after Dubai] to kick off their new campaign.

Trips to play Sheffield Wed, Charlton and Bristol City will be shown live on the Celtic pass. Then it’s back to Paradise where we’ll welcome back Scott Sinclair and his Preston teammates before Davie Moyes brings his high flying West Ham team to Glasgow.

There’s a chance Celtic could have some fans in the ground for the final two friendlies. Between the Preston and West Ham games there is the home Champions League tie against Midtjylland that we’re hoping fans will be allowed to attend.

Here’s the friendly schedule below. 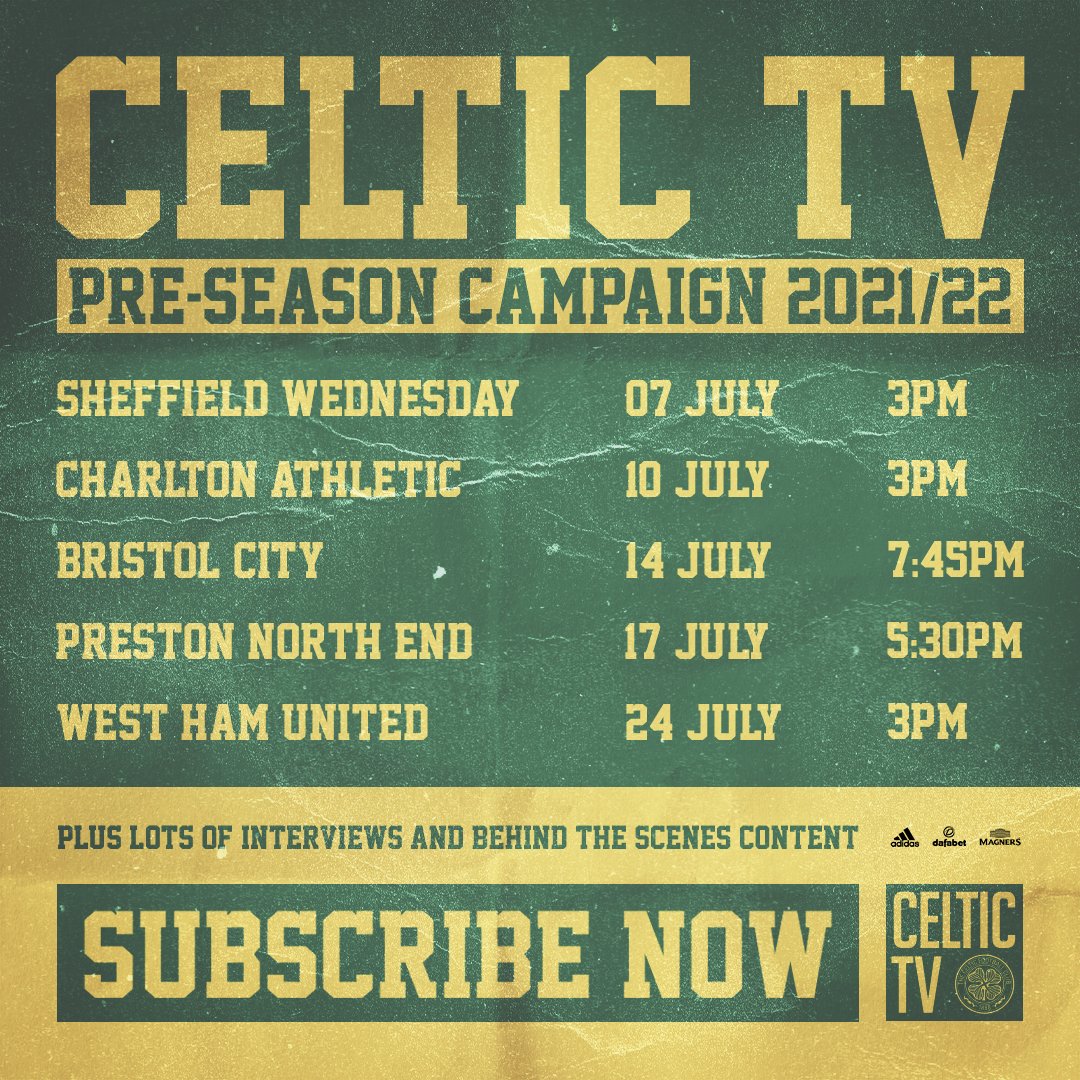 Celtic season ticket holders have until June 25th to renew their books before they go out on general sale.