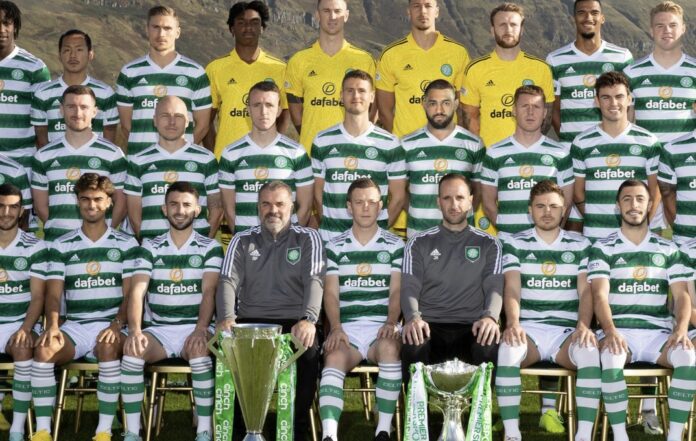 The club released the newest Celtic Squad photo for the 22/23 season but eagle-eyed fans have caught them trying to pull a fast a one! Cameron Carter-Vickers has been photoshopped into the image after the fact.

The squad photo is a tradition that used to take place at Celtic park but now Lennoxtown and it’s scenic views have replaced the stadium for this particular tradition.

The bhoys get all kitted out and get their photo which will go down in the Celtic history books alongside every other squad photo since our inception.

Cameron was obviously not available on the day and may have been out injured at the time when the squad photo took place. Not wanting to leave our star centre-back out of the history books, they snuck him in, not so subtly.

The video of the squad photo being taken doesn’t have any CCV CGI though, which is a little disappointing.

These photos usually end up in the superstore and can be purchased as posters and framed images for supporters to buy. It’ll be an amusing tidbit from this year’s picture for those who do buy it.

At least Ange is their live and in person with the two trophies he brought back to Paradise.