CELTIC are back in action this afternoon for the first time since their final league game of the disappointing 20/21 campaign.

The Hoops have a new manager but only a couple of new faces in the squad as they get set to take on Sheffield Wednesday.

Liam Shaw and Osaze Urhoghide both have been signed from Sheffield Wednesday and joined the Hoops this summer.

The duo could come up against their former club today if Ange Postecoglou throws them into the action.

There’s no James Forrest in the side who is isolating after being identified as a close contact to a positive case in Glasgow.

Christopher Jullien is still out injured at the moment and will not be taking part in pre-season at all. The defender is due back later in the season.

So a new era starts today for Celtic, the first few games are all about fitness, but after the three games down south, we could get an indication of what Ange Postecoglou is thinking in terms of squad selection. 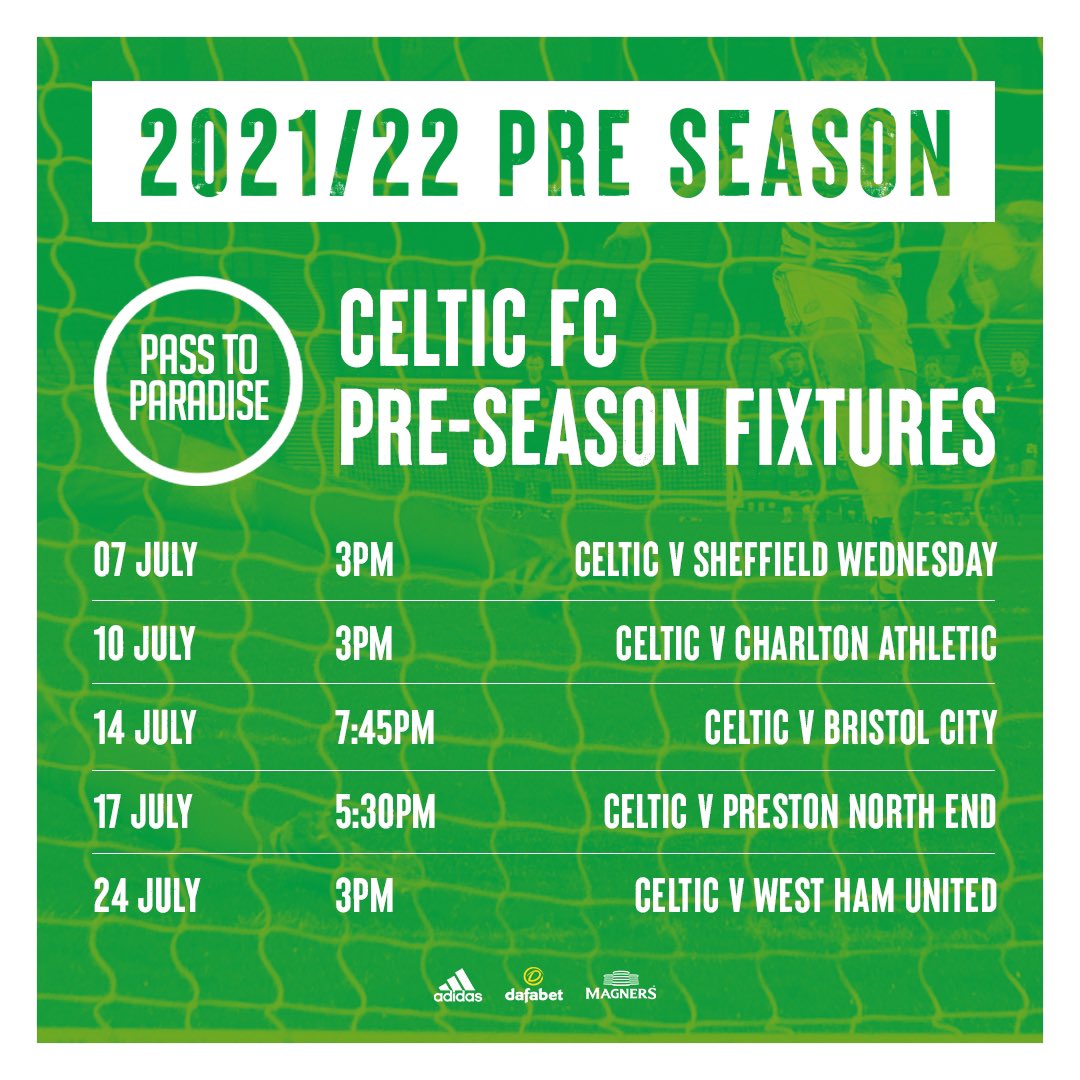 The big decision is who will be playing in goals for the Champions League qualifiers. Will Ange go with Scott Bain or will Vasilis Barkas get a reprieve?

Guys like Luca Connell and Leee O’Connor will be looking to make their mark this pre-season and should get some game time with the bhoys who came back from the Euros not fully up to speed yet.

Craig F - October 11, 2021 1
Celtic have had near brushes with some top players before they made it on the European scene. Guys like Lewandowski and Drogba were scouted...

Giakoumakis Raring To Go As He Makes Fitness Declaration

Giakoumakis Raring To Go As He Makes Fitness Declaration