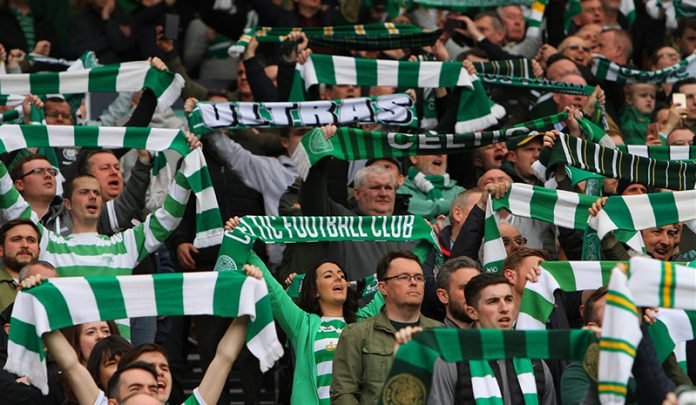 It has been another mental year in the world of football and Bt Sport have been showing us just how much with their vita video of 2019.

The sports channel collated some of the best things they caught on camera throughout the year and unleashed it onto their social media feeds.

Of course, Celtic make the cut and more specifically – a Celtic fan made it!

The BT Sports video shows Celtic fans celebrating their very late goal against Lazio at home in the first match of their double header this year in the Europa League.

When the BT cameras pan around the stadium, they catch the moment a celebrating Celtic fan falls over the rails and slides majestically onto the trackside.

It was one of our favourite moments of the year! Jullien has scored from a corner in the dying minutes and helped propel Celtic to Europa League group success. It was a fantastic moment, made even better by this Celtic fan.