Celtic fought hard for three points on Saturday as they defeated Ross County by two goals to one at Parkhead.

A second-half David Cancola penalty was cancelled out by David Turnbull before Sead Haksabanovic scored what turned out to be the match-winner with just over 20 to go.

Here’s how the players rated

Ross County had just two shots throughout the match, including a penalty, meaning Joe Hart had next to nothing to do. Nevertheless, the Englishman was comfortable with the ball at his feet yet taking no chances at times, electing to go long.

Although he started in the first half with a few misplaced passes, Anthony Ralston came into the game as it went on, getting up and down the right with ease and putting in some crunching, crucial tackles.

The American captained Celtic once more this afternoon and was stout at the back. Carter-Vickers showed smartness in defence and had a number of shots from range which were of no avail. 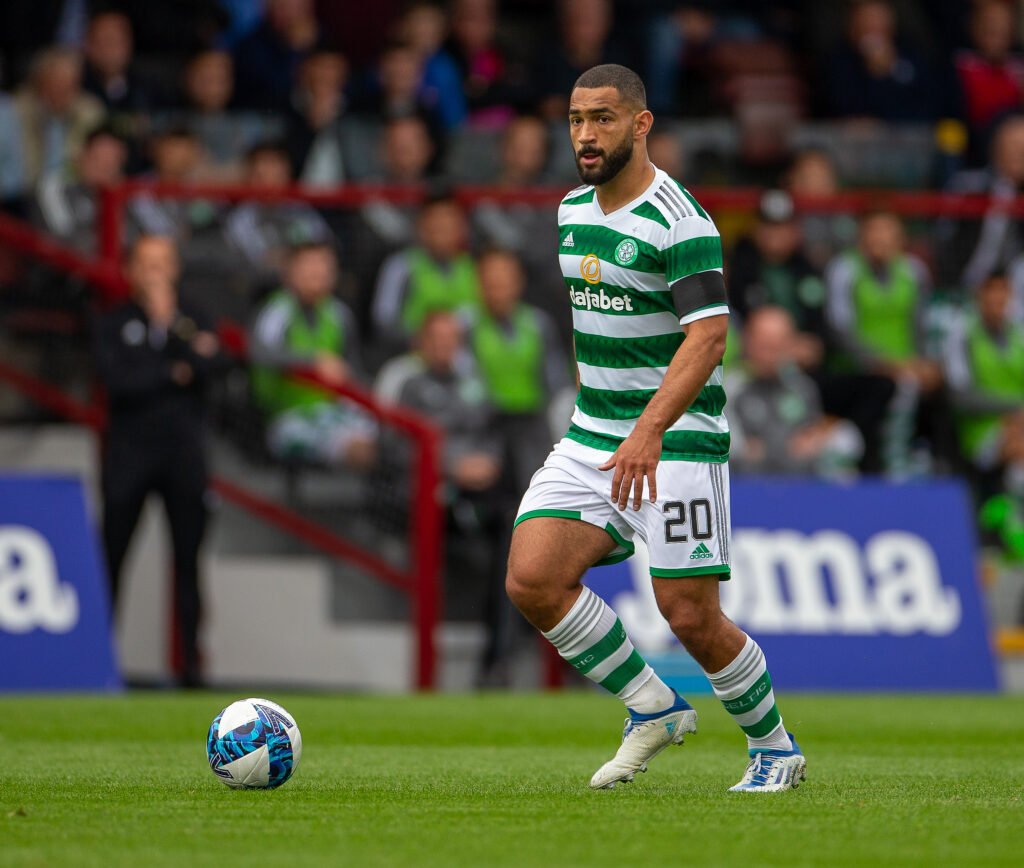 Moritz Jenz replaced Carl Starfelt in the Celtic lineup today and despite starting the game well, the German had to come off injured 38 minutes in. His Swedish counterpart was more than ample after coming on, being dominant at the back.

The 22-year-old always displays venom and bite from left back, and this was the case today; however Bernabei was almost too eager at times. The Argentine wasn’t a consistent performer, although he remains a work in progress who is still raw.

It was Matt O’Riley’s handball that was penalised to award Ross County a penalty however, the Dane couldn’t do much to avoid it. Starting in the deepest role in midfield, O’Riley always looked to play forward and get play going as soon as possible in another dependable performance.

Undoubtedly man of the match, Reo Hatate was a maestro in the Celtic midfield today. The Japanese used his body to utmost cleverness at times and made numerous intelligent passes. Moreover, it was Hatate who made a great solo run to then cutback for David Turnbull for his team’s opener before playing in Sead Haksabanovic, who curled into the far corner to net what turned out to be the winner. Off the back of his performance today, one wonders why Japan manager Hajime Moriyasu is not taking Hatate to the upcoming World Cup.

Throughout the 90 minutes he played, David Turnbull slalomed in and around the engine room. The Scot was fairly accurate in his passing and netted Celtic’s crucial equaliser on the 62nd minute with a close-range effort he couldn’t really miss.

Other than his goal, Sead Haksabanovic was rather quiet. Despite this, the Montenegrin was ever-intelligent when he had the ball, and his finish was an accurately curved one into the bottom corner, which beat the outstretched Ross Laidlaw. The fact the 23-year-old even started today may have been surprising for some, although in his last three games, Haksabanovic averages a goal every 55 minutes.

After scoring midweek, Daizen Maeda was rewarded with a start this Saturday; however the Japanese wasn’t the greatest performer in the Celtic team. The 25-year-old did look to run at his man from the right; however his end product wasn’t of any quality. Maeda was subbed off with just over 20 minutes to go.

It seemed as though, at least on the eye, Kyogo was quiet today. Granted, he 27 year old should’ve netted 23 minutes in when he was one-on-one with Laidlaw but other than this, the centre-forward didn’t have many other opportunities.

Carl Starfelt came on 38 minutes in due to Moritz Jenz’s injury and was more than sufficient at centre-back, being commanding in defence whilst also proving to be abundant on the ball.

The next Celtic changes following this weren’t made until the 69th minute, where the whole front three was changed.

Giorgos Giakoumakis was physical up front and held up the play well whilst also being unfortunate not to net when he spun his man superbly. Jota looked to get on the ball constantly but couldn’t affect the match in any manner, similar to Liel Abada, who was lively on the right.

The final Celtic change saw Greg Taylor come on for Bernabei; however, that didn’t come until the 86th minute.

Due to today’s results, Celtic are now nine points clear at the top of the Scottish Premiership.

This, combined with a goal difference advantage of 17 on their closest challengers Rangers, means the Hoops are in a hugely prosperous position going into the World Cup break.

And during the said interval, Ange Postecoglou will take his men down under with the first of two Sydney Super Cup matches taking place next Thursday at 8.45 am UK time, where Celtic will face off against Sydney FC.