If you’re making it along for the game today then you’re in for a treat with the Celtic starting XI now confirmed.

Christopher Jullien and Luca Connell will make their debuts at Celtic Park this afternoon. Fans will be interested in what both players could bring to the first team.

Leigh Griffiths starts at Celtic Park for the first time in 2019! A massive milestone in the player’s return to the fold.

With one eye on the Champions League qualifier on Wednesday night, Edouard is on the bench alongside Ajey, Christie, Forrest and McGregor who will likely start on Wednesday.

Karamoko Dembele makes the bench and Craig Gordon also gets his first game of 2019 after being dropped at the back end of 2018. Hazard is the number two with Bain getting the day off.

It should be an interesting game today against French side Rennes. 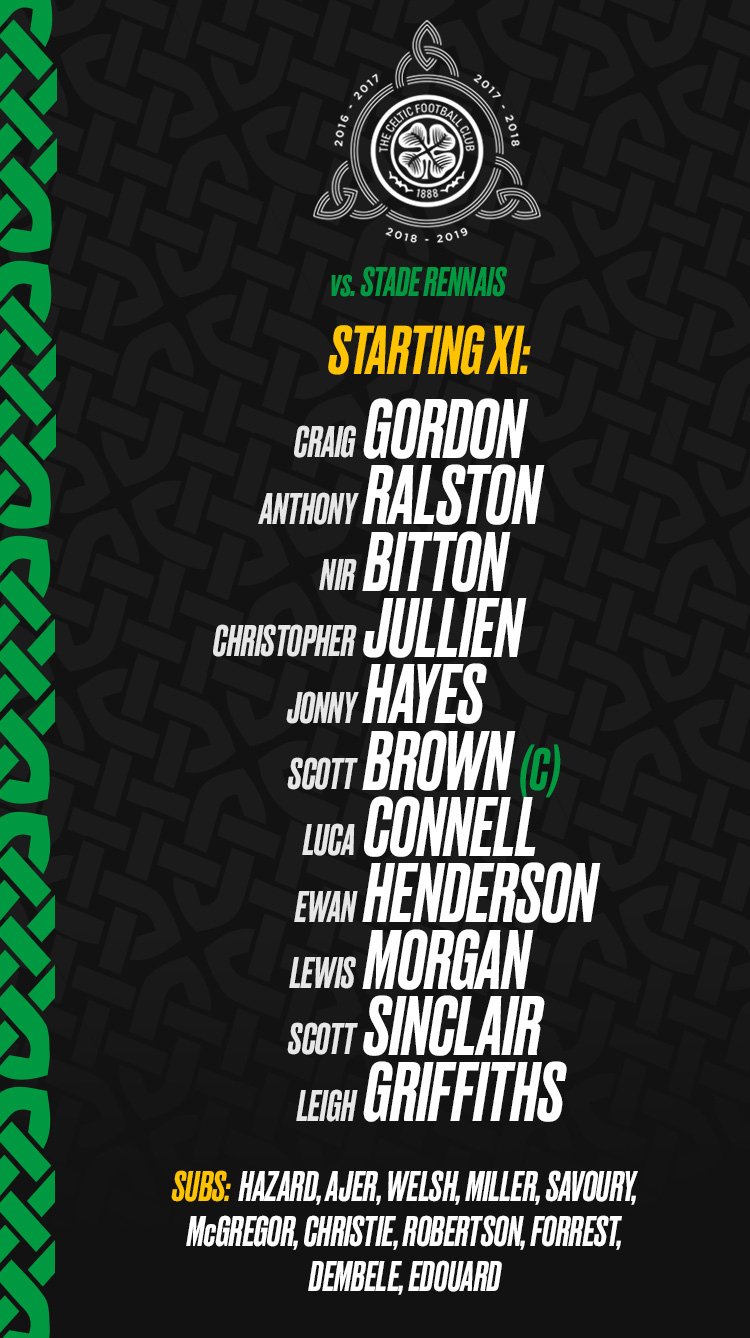 Celtic Not Prepared for Adidas Spike