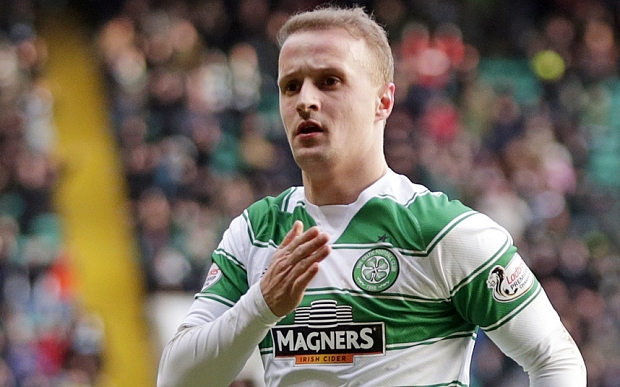 Leigh Griffiths has cut a frustrated figure this season. With niggling injury problems, along with Moussa Dembele being in a rich vein of form – it’s been hard for the player who bagged over 40 goals last term for the club.

It’s a peculiar situation when you’ve gone from leading the club’s scoring charts to toiling on the bench. However, the manager has

However, the manager has demanded more from Leigh and does not like to see players rest on their laurels. After becoming frustrated with Leigh’s fitness levels and lifestyle he chose to go public with his grievance. Something the player admits was very hard to hear.

“I’ll be honest and say that it wasn’t nice to hear it said publicly, that wasn’t the best. It wasn’t a great feeling to have it out there but I spoke to the gaffer after that and we had a good talk.” Leigh told the Evening times.

Leigh seems much more positive about his situation at Celtic now. He’s back fit and is pushing for a starting place again.

“To be fair, he has been good with me and I have nothing but the utmost respect for him and what he has done here since coming into the club. I understand where he is coming from. I know exactly what he wants from me and I can do it”

Hopefully, Leigh will be among the goals in the last 10 league games of the season and can help fire us to a treble!