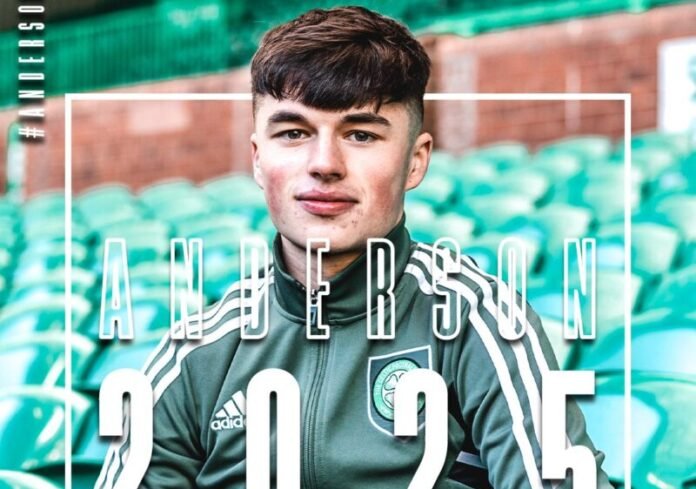 It has been confirmed that Celtic youngster Matthew Anderson has penned a new deal at the club until 2025 [@CelticFCB].

Anderson is currently the captain of the Celtic FC B who sit three points off the top of the Lowland League with a game in hand.

Winning the league is not the priority for coaches Stephen McManus and Darren O’Dea but they will be delighted to know that Anderson has committed his future to the club.

The defender joined the Hoops when he was 13-years-old six years ago and he will be hoping that this new deal gives him that chance to make the step up to the first team eventually where he would get a chance to impress Ange Postecoglou.

In recent weeks, he has been unavailable for the B team due to injury but will be hoping to make a return back for the remainder of the season soon.

Like his left-back predecessor before him, he has opted for the 63 jersey which was of course worn by Celtic academy graduate Kieran Tierney who remains a fantastic role model for any youngster looking to make the breakthrough at the club.

He will have gained fantastic experience having played in each of Celtic’s matches in the UEFA Youth League and will be hoping that a first team opportunity comes his way soon.