AIK will take on Celtic for a place in the Europa League group stages in under a weeks time. The first game at Celtic Park will see the bhoys get up close and personal with the Swedes and hopefully getting a goal or two.

The return leg could be interesting if AIK and supporters continue their protest against Stockholm police. The cops reduced the stand from 4,000 to 2,750 for the game against Sheriff. This is where the AIK ultras usually support the team – instead of taking the allowed allocation for the stand, the club and support came together to put one of the most bizarre banners over the whole stand – leaving it empty.

Police tape was crossed over the whole section with the stand remaining empty in protest of the police’s decision.

There’s no word if this could carry on to the Celtic game in two weeks time, but it would certainly make for an interesting atmosphere.

AIK only managed a draw against Sheriff at home, did the peculiar atmosphere stop them from hitting high gear? 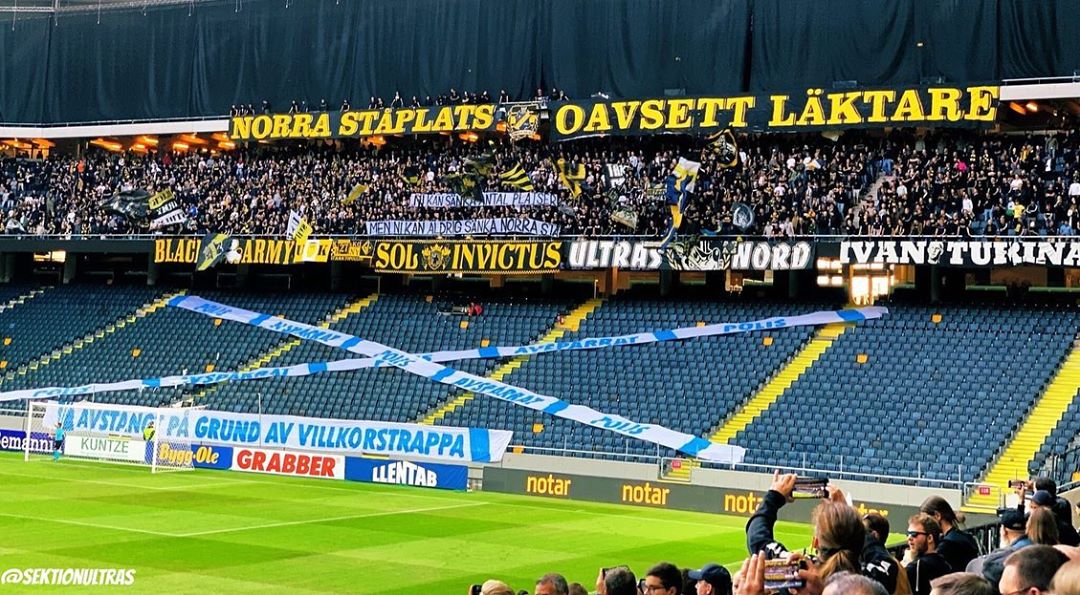 Celtic Being Used as Bait for £17m Rated Midfielder