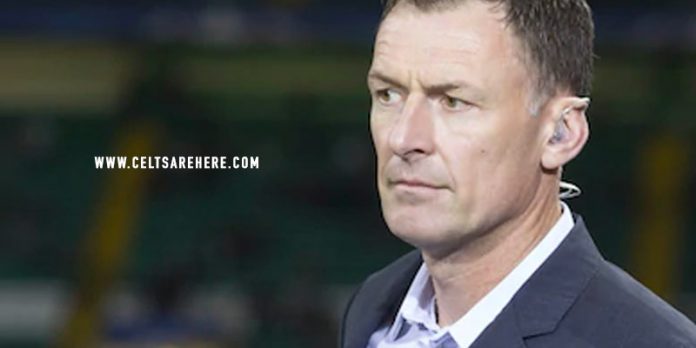 CHRIS SUTTON has urged the Celtic board to continue their backing of Postecoglou after this season’s Champions League.

The former Celtic man is keen for the club to continue to move forward, namechecking Michael Nicholson and whoever the new chairman may be.

After underachieving in Europe year after year, Sutton is looking for improvement in the next chairman’s tenure. The club haven’t won a knockout game in a European competition since 2004 – I’ve never seen my club win such a tie in my lifetime.

Writing in the Daily Record, Sutton reminded the board of their task to back the manager.

“Celtic have to keep moving forward though. The talk at yesterday’s AGM was about backing the manager and so on, stuff that gets said every year. Chairman Ian Bankier is stepping down and the new man – along with chief exec Michael Nicholson – needs to back the manager’s vision.

“That means trying to keep hold of the club’s best players as long as possible, funnelling the money Postecoglou’s way if they do have to sell for top money, and allowing him to keep building the team he believes will be able to go toe-to-toe with the best in Europe. Postecoglou has spoken about being a Champions League team every season to properly develop – and that has to be the target. Not just being marginally better than Rangers.

“Bankier has largely remained in the background during his 11 years at Celtic but it’s been a period of huge domestic success. But it’s also been a time of underachievement in Europe. There simply has to be improvement – but I believe they had every chance under this manager if he gets the right backing.”

Since Nicholson came in, the signs have been positive. Money is being spent on the pitch, with Postecoglou able to bring a good few players to the club. Off the pitch, there is still some steps forward to take. The manager is keen to make the club a Champions League one, on and off the park.