CELTIC under 18s take on their Ibrox counterparts in tonights Glasgow Derby at Hampden.

The Glasgow Cup Final will be contested in a nearly empty national stadium with the game taken away from public sales after trouble between fans in this fixture five years ago.

Around 1500 people will be in attendance as the bhoys look to beat their Glasgow rivals and lift the famous Glasgow Cup trophy which was once contested by the first team.

Speculation that two of Celtic’s biggest prospects would start this game have been absolutely correct with Armstrong Oko-Flex and Karamoko Dembele both starting this evening. 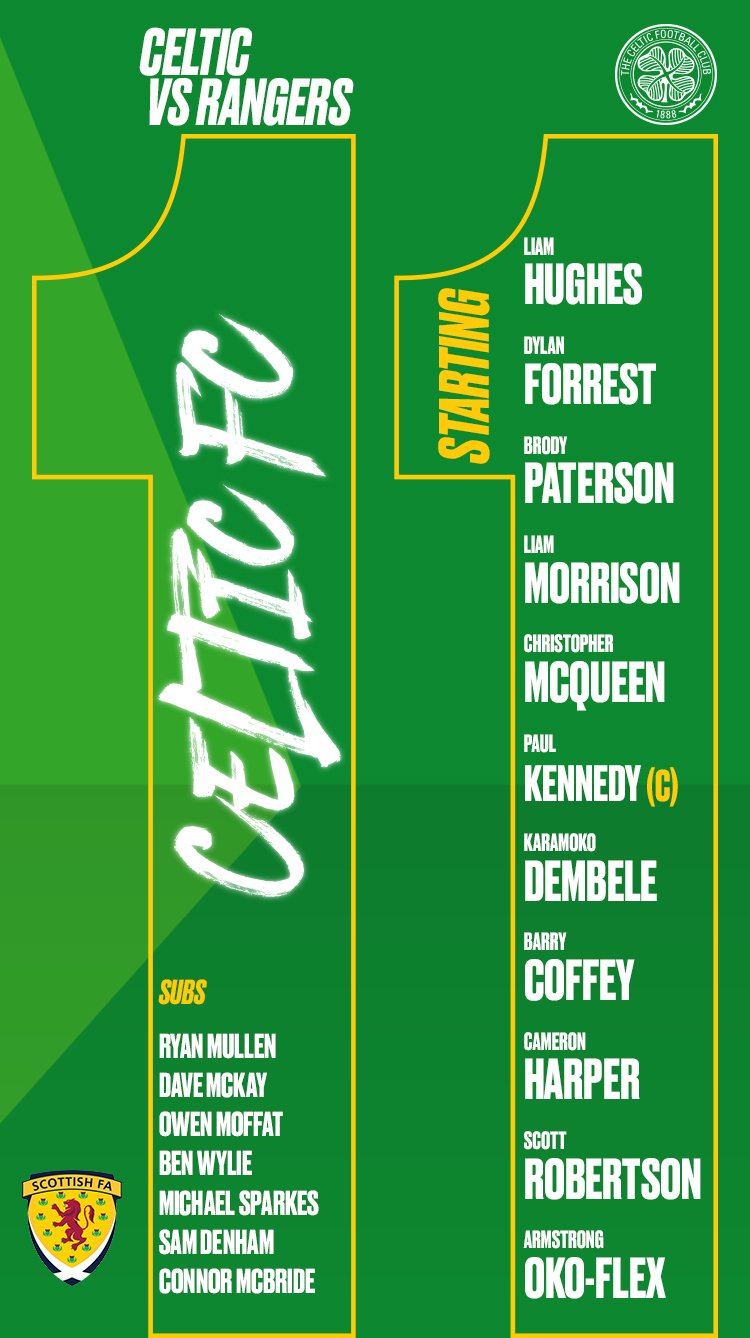 It’s a big night for Stephen McManus and his young lads as they look to win silverware.

It would be a top achievement for the bhoys and McManus who could bring his first trophy home as a Celtic coach. During his playing days, he was no stranger to picking up a trophy or two.

‘Delete This’, ‘Move Along’ – These Celtic Fans Take on Official UEFA Account

Neil Lennon Only Glasgow Boss Up for Top Award