Celtic are back in competitive action tonight as they begin their quest to qualify for the Champions League proper. The Bhoys are away to FK Sarajevo and will be hoping to pick up some sort of cushion to bring back to Paradise for next weeks return leg. 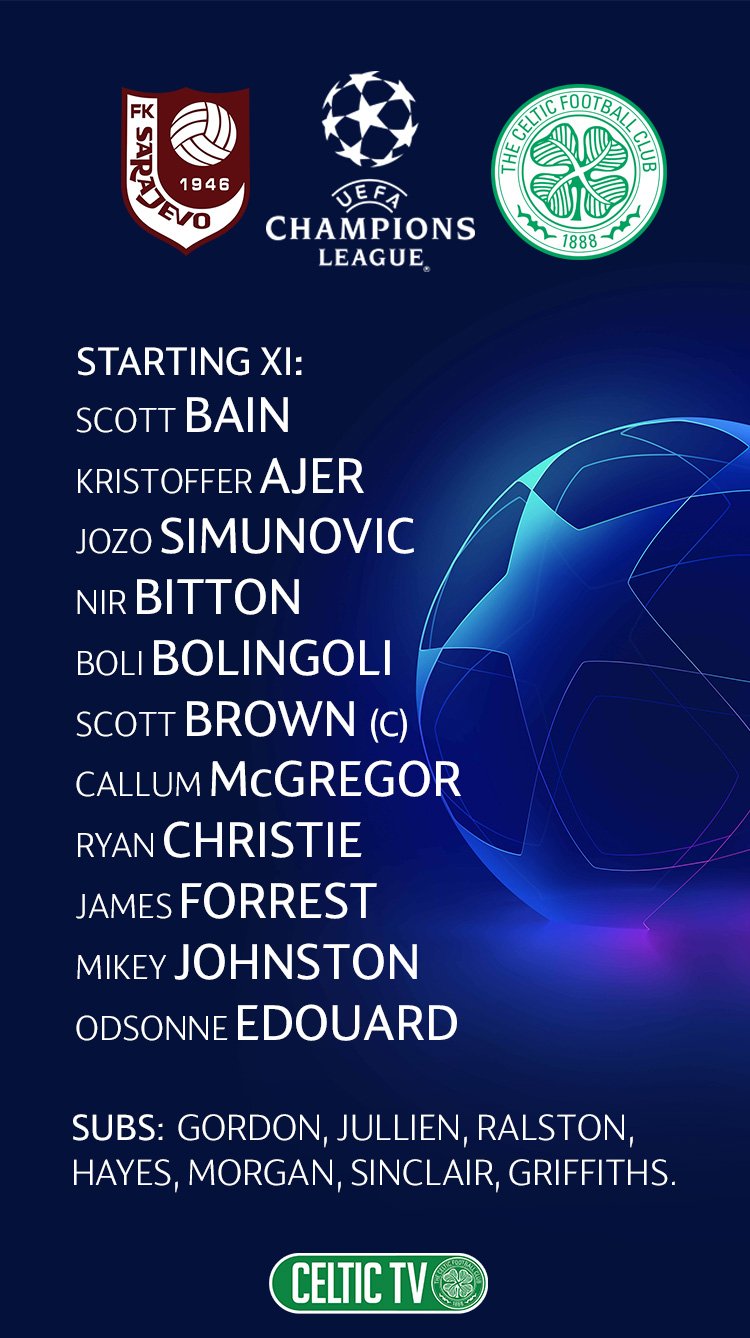 Celtic fans will get to see new signing Boli Bolingoli in the Hoops for the first time. Neil Lennon would have had a choice to make between Boli and Johnny Hayes with the absence of the injured Kieran Tierney.

Celtic’s other new signing Jullien has made it on to tonight’s bench along with the returning Leigh Griffiths. Nir Bitton is probably the surprise addition as the Celtic struggled to replace the outgoing Lustig at the troublesome right-back position, that is providing Lennon has not gone for three at the back.

It’s a big call when Anthony Ralston is available for selection. There had been talk of Lennon playing two upfront but the Celts are back to Edouard been their lone striker.