Celtic fans are in need of a pick-me-up. Only two things will do that for the majority of fans, new signings and winning football matches. Tonight is not a bad time to start winning some fans over again.

Neil Lennon’s Celtic started the new season on fire, scoring goals for fun and playing with energy while exciting spectators. One bad result and the meltdown begins. Celtic lost out on Champions League football last week, tonight they play last chance saloon in order for the Hoops to be playing European football this season.

AIK are no pushovers with most people feeling they are a tougher prospect than Cluj. Lennon looks like he knows his best-attacking options but he seems to be still trying to find a winning back four or three.

The Irishman has named a natural left-back tonight, Bolingoli might not be blown fans away with his performances but the Majority would rather see him starting than Callum McGregor been played out of position.

Craig Gordon comes in for the injured Scott Bain while Scott Sinclair is a notable exclusion from the squad once again. The rest of the team picks itself without any surprises. 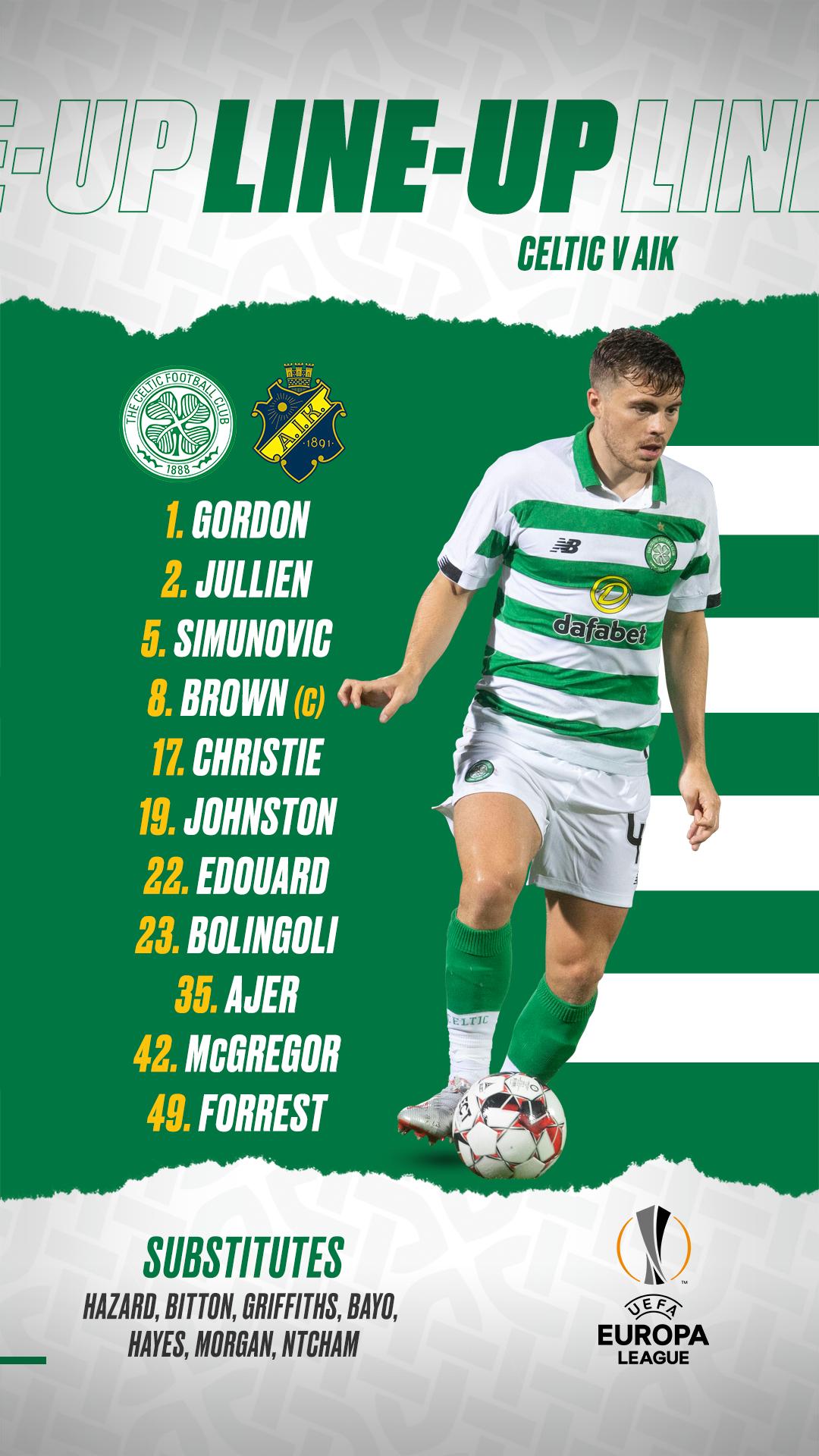