Celtic have a very small advantage tonight at Paradise when they face off against Romanian champions CFR Cluj after the Bhoys earned 1-1 draw last week. The chances of Celtic progressing to the final stages of qualifiers are very much on a knife-edge ahead of kick-off.

Neil Lennon’s new look Celtic have a renewed attacking threat that has fans excited, unfortunately, the back four is a concern. With new signings and also a lack of new signings across the back four, Lennon has some serious work to do before the transfer window closes in September.

Cluj hit Celtic on the counter last week more than once and they exposed a really obvious weakness on the left-hand side of the park. Celtic fans have been assured by their manager that a left-back is a priority.

Lennon will be glad to have Elhamed back in the team, the new signing has only played a handful of games but has impressed everyone. Another player on fire since pre-season has been Mikey Johnston, he will be a welcome addition back into tonight’s line up.

Lennon has dropped Bolingoli for tonight’s game. The Irish manager did praise his new defender during the week but he is not fooling anyone while backing his player, Bolingoli gave away last weeks goal to Cluj. 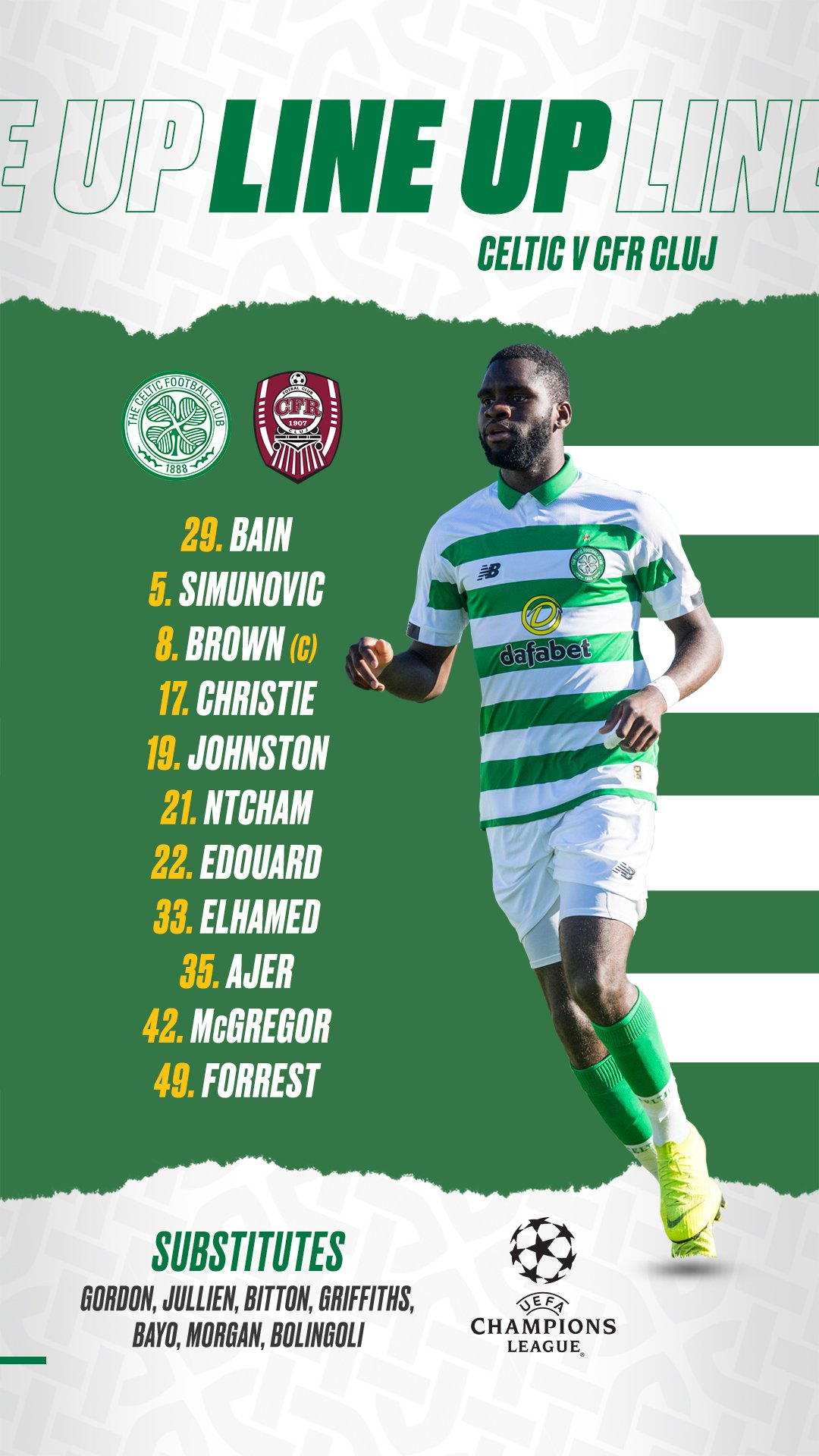