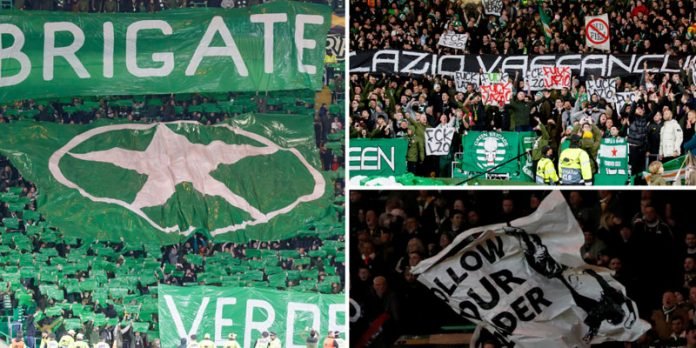 Celtic have been fined €16k for setting off pyro against Lazio in the Stadio Olimpico.

The charge has been confirmed but it was only today the decision was taken to fine the club the largest amount yet.

Celtic eliminated Lazio from the competition by beating them twice in their group E double header.

The charges this season prompted Celtic to ban the Green Brigade from the Rennes game over the use of the pyro in several games this season.

The bhoys are now in the last 32 of the competition and will take on Copenhagen for a place in the last 16.

Celtic have got a fair amount of prize money so far in the competition which dwarves any fines.

Celtic also got given a fine from UEFA earlier this season for illicit banners during the Lazio home tie. The supporters displaying anti fascist banners and UEFA felt compelled to punish that.