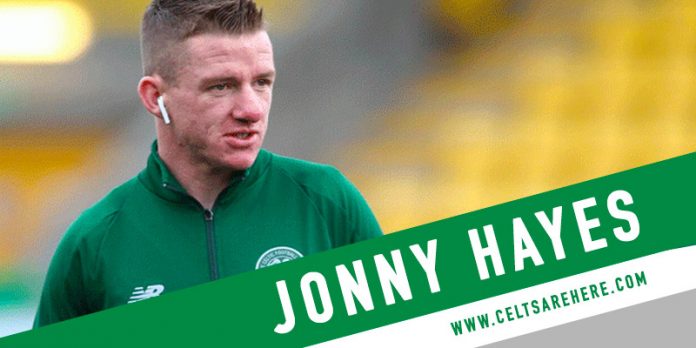 It’s good to be back!

That was the words from Jonny Hayes as Aberdeen confirmed his return to the club after three years at Celtic.

Hayes was released at the end of last month, quite surprisingly to many. Aberdeen were very quick to get the player in for talks and have no got their man.

The highlight reel shows some of Jonny’s goals for Aberdeen in his first spell, including a belter of a goal against Celtic. If we recall correctly, it was the goal that stopped Fraser Forster incredible clean sheet run.

Celtic will have to make sure Jonny is kept at bay next season with his old teammates now looking to stop him.

Hayes was a good player for Celtic but was never considered a first team starter. His biggest season was under Neil Lennon last term when he played in a number of high profile games.

We wish Jonny all the best, just not against Celtic.