It was never going to come as a surprise that Neil Lennon was going to field a slightly different team than fans are used to seen tonight against Cluj.

The Bhoys have put themselves into an incredible position tonight where they can rest some players and give other fringe players a chance to get some game time. It is something to look forward to with so many players returning from injury and the number of youngsters in the squad.

Gordon comes in to replace the on-fire Fraser Forster. Neil Lennon has brought back in Bolingoli, Scott Sinclair and Leigh Griffiths for tonight. Ntcham will captain the team for the first time. Bitton will man the back four with cup final hero Jullien who doesn’t get a night off. 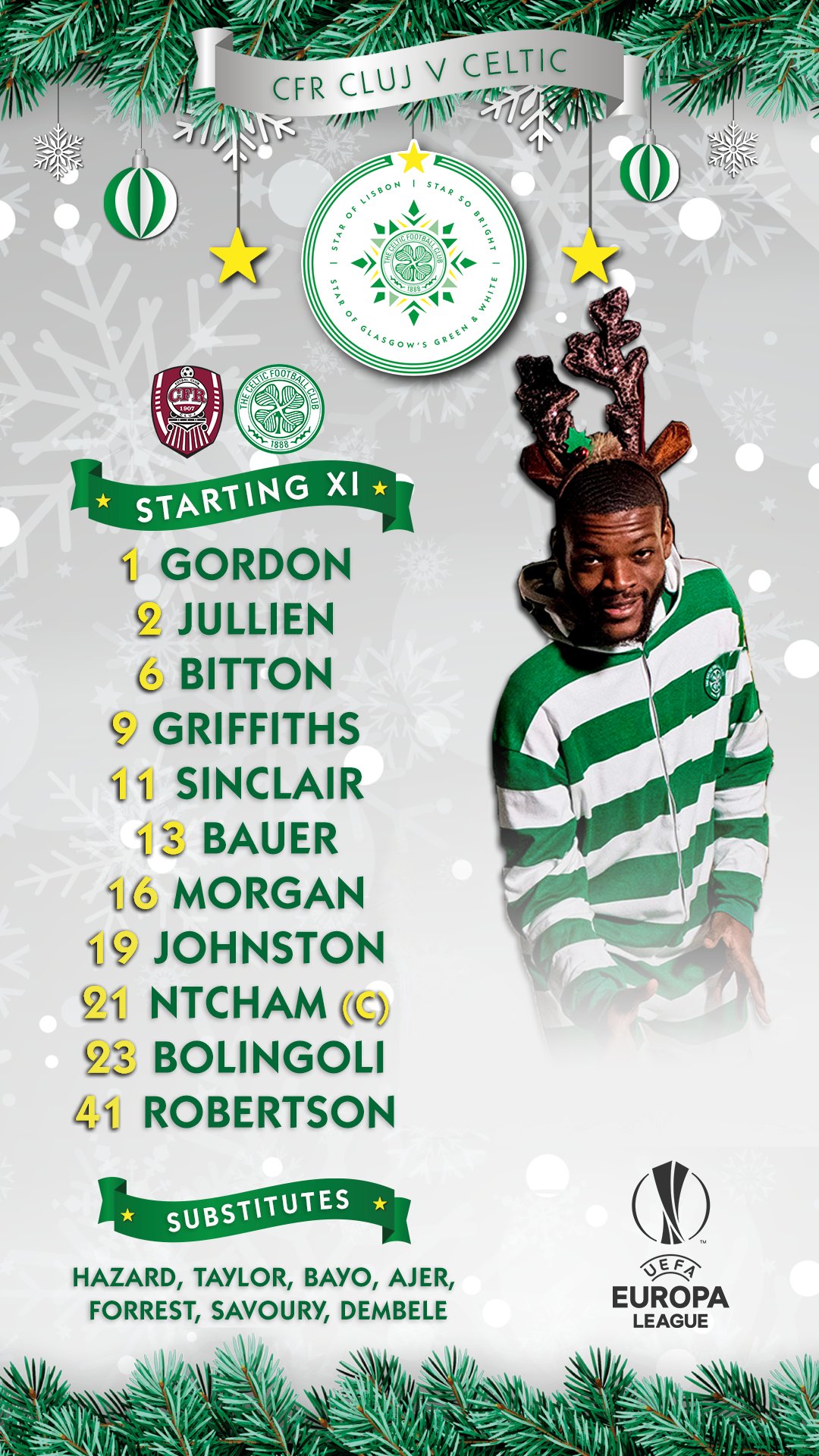 Scott Robertson will make his first-team debut tonight and it will be interesting to see how the youngster copes with the big step up from an academy graduate.

The Celtic bench contains the returning Bayo with youngsters Savoury and Dembele eager for some action too.

Major Celtic Development on Colt Side

Major Celtic Development on Colt Side