The developmental Celts are ready to go in group game three of the SPFL Reserve cup this afternoon against Dunfermline.

The young lads will be hoping to get another win under their belt and there are some notable players playing this afternoon.

Karamoko Dembele continues his return to full fitness making a start for Celtic this afternoon, Armstrong Oko-Flex also in there.

Former Manchester United youngster Lee O’Connor takes his place in defence after international duty last week where he was sent off in the dying minutes for his country.

Liam Burt out to impress since returning to Celtic from Ibrox will be hoping to add to Celtic’s attack this afternoon. 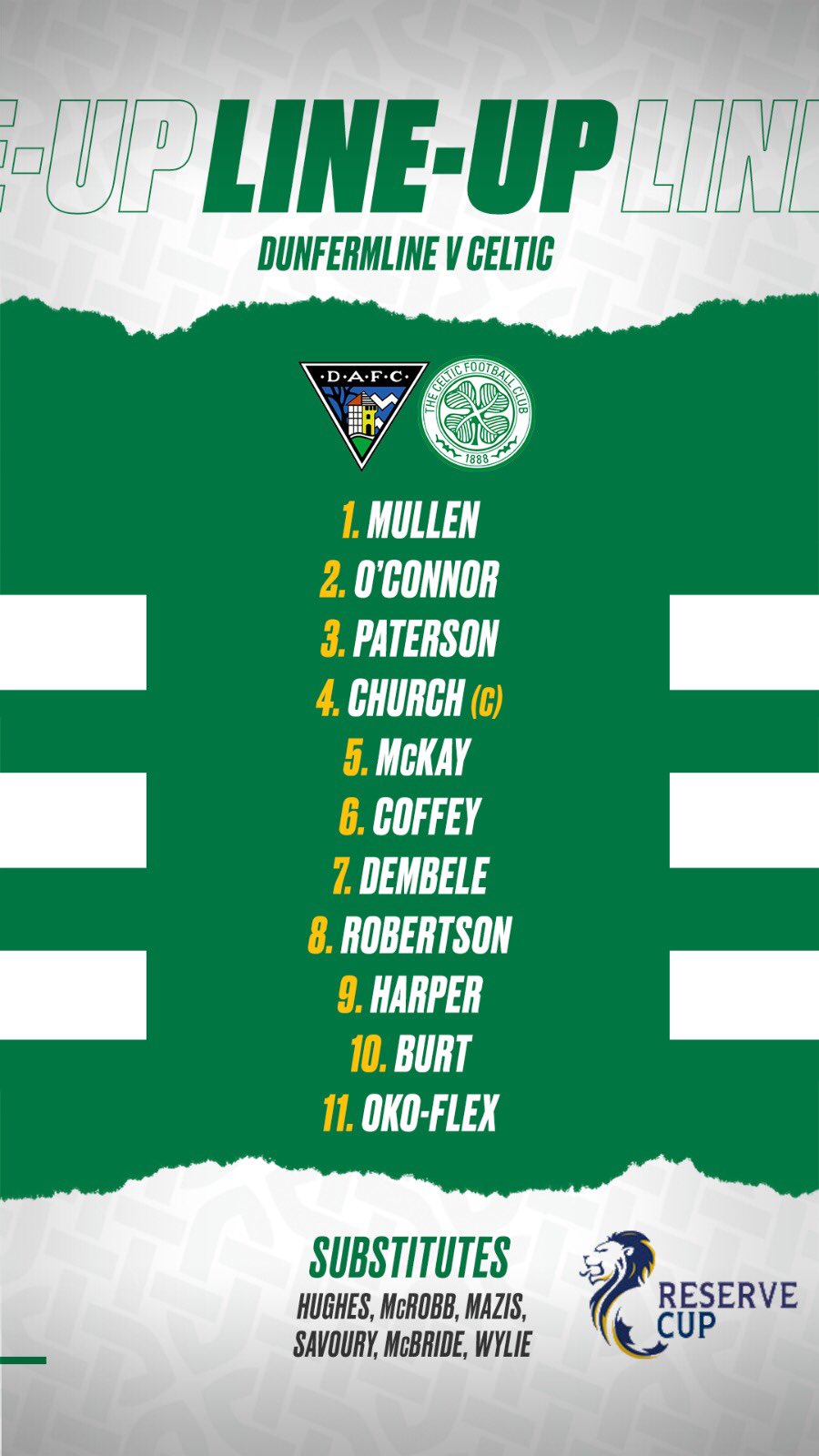 Two notable absences from this lineup would be Irish pair Jonathan Afolabi and Luca Connell. Both face spells on the sidelines due to injury – Luca has had his injury for a while where Jonathan picked his up training with the Irish under 21s during the international break.

Good luck to the developmental side.

‘Unreal’, ‘My Man of the Match’ – Many Supporters Point Out Star Celtic Performer Despite Nightmare Second Half

Confirmed Celtic XI: Frimpong Starts and Hayes Gets the Nod