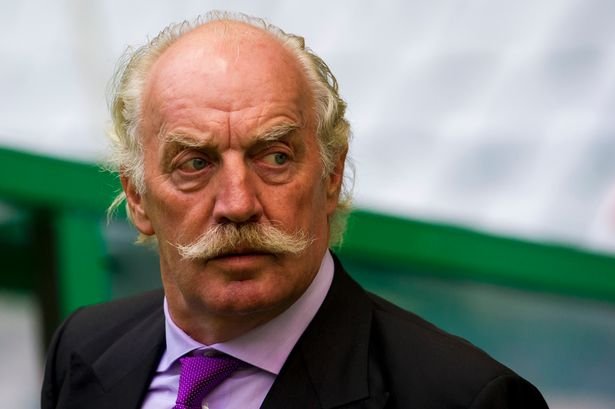 MAJORITY SHAREHOLDER Dermot Desmond is ready to back his Celtic manager with cold hard cash as Celtic enter the next phase of the Rodgers revolution.

Desmond was pivotal in the appointment of the Irishman in May last year and has made sure he’s been given all the tools to succeed in the role so far. The businessman is now set to harken back to the days of the O’Neill era in order to make sure his manager can get the very best players available to him.

With Dermot’s backing alongside Peter Lawwell’s astute handle of the business as a whole has seen Celtic go from strength to strength in the last five years.

Brendan’s new contract got the green light from the Irishman who promised the manager he will back him all the way.

With figures being banded about of £15million to spend this summer this could be in the ballpark. Although the manager hasn’t been given a specific budget he has been told that Celtic will do everything in their power to go get his very top targets in the coming months.

With Champions League qualifiers looming as early as July it’s all hands on deck behind the scenes and with a treble still being chased it’s an exciting time to be a Celtic fan.