Neil Lennon is preparing for a glut of games in the next few months as he battles in all three remaining competitions available for him to win. The bulk of Celtic’s games will be away from Paradise so his team should make use of today’s home game against Ross County.

The Bhoys have already beat County twice this season and they will need more of the same today with Rangers breeding down their necks in the league table. After an impressive start to 2020 against Partick during the week, Neil Lennon had one or two headaches to contend with for today’s game.

The manager had been forced to change his formation to a 3-5-2 to accommodate some injuries but after losing Frimpong to injury midweek the Irishman had a decision to make on whether he was going to stick to his 3-5-2 or revert back to his default set up.

With the team just announced it looks like Lennon will indeed switch back to default mode but the big surprise is that he has chosen Leigh Griffiths to lead the line while Edouard moves to the bench. Bauer and Hayes come into the four-man defence and the good news is that James Forrest returns from injury.

The Celtic bench looks interesting too with Klimala looking to make his home debut and fans will be happy to see young Dembele get in amongst the first team again. 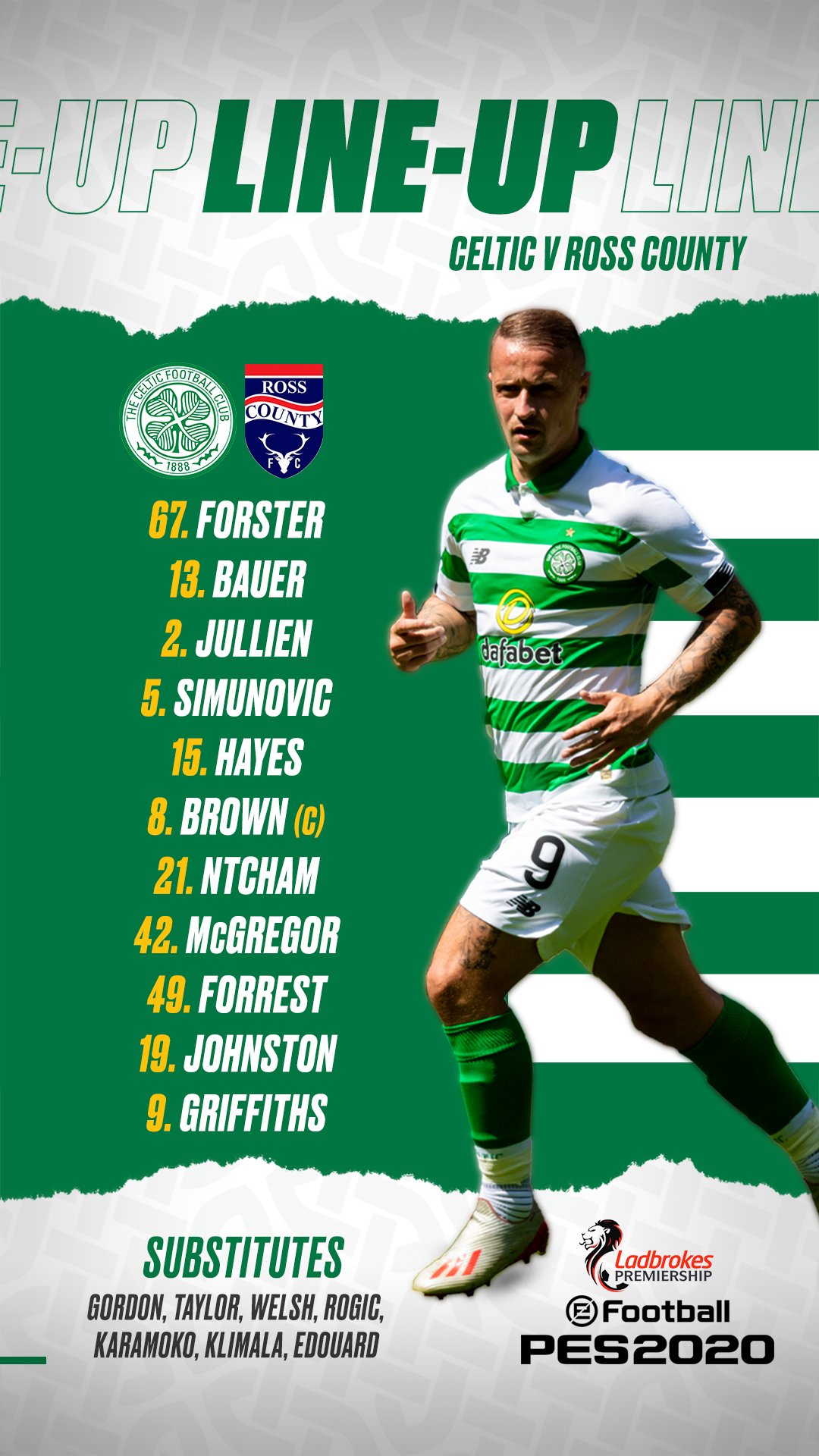 One Up Front – Confirmed Celtic Team To Face Copenhagen