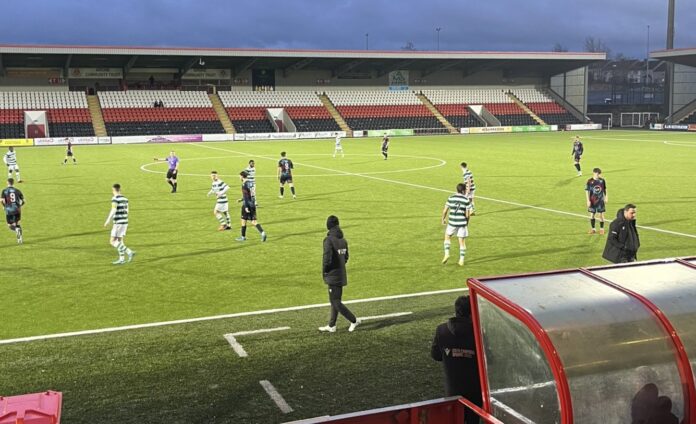 Celtic B were in Lowland League action against Caledonian Braves earlier today and had to settle for a point in an enthralling match that finished 4-4 at the Penny Cars Stadium.

Early in proceedings, Caledonian Braves striker Jamie Watson was played in on goal and forced Tobi Oluwayemi into a smart save from inside the area.

Nevertheless, the Celts started to take control of affairs and went close in the 19th minute, as some clever approach play from Corey Thomson set up Joey Dawson, only for the striker to fire over one on one with Braves stopper Chris Henry.

Soon after, Celtic found themselves in the lead following a superbly executed move. Bruno Davidson drove with the ball before cutting it back to Joey Dawson, who backheeled into the path of Ben Quinn to finish from close range.

The young Hoops were soon to be pegged back, however, with a slack ball from Tobi Oluwayemi being cut out by Zac Butterworth, who steadied himself before slotting low into the corner with his left foot. 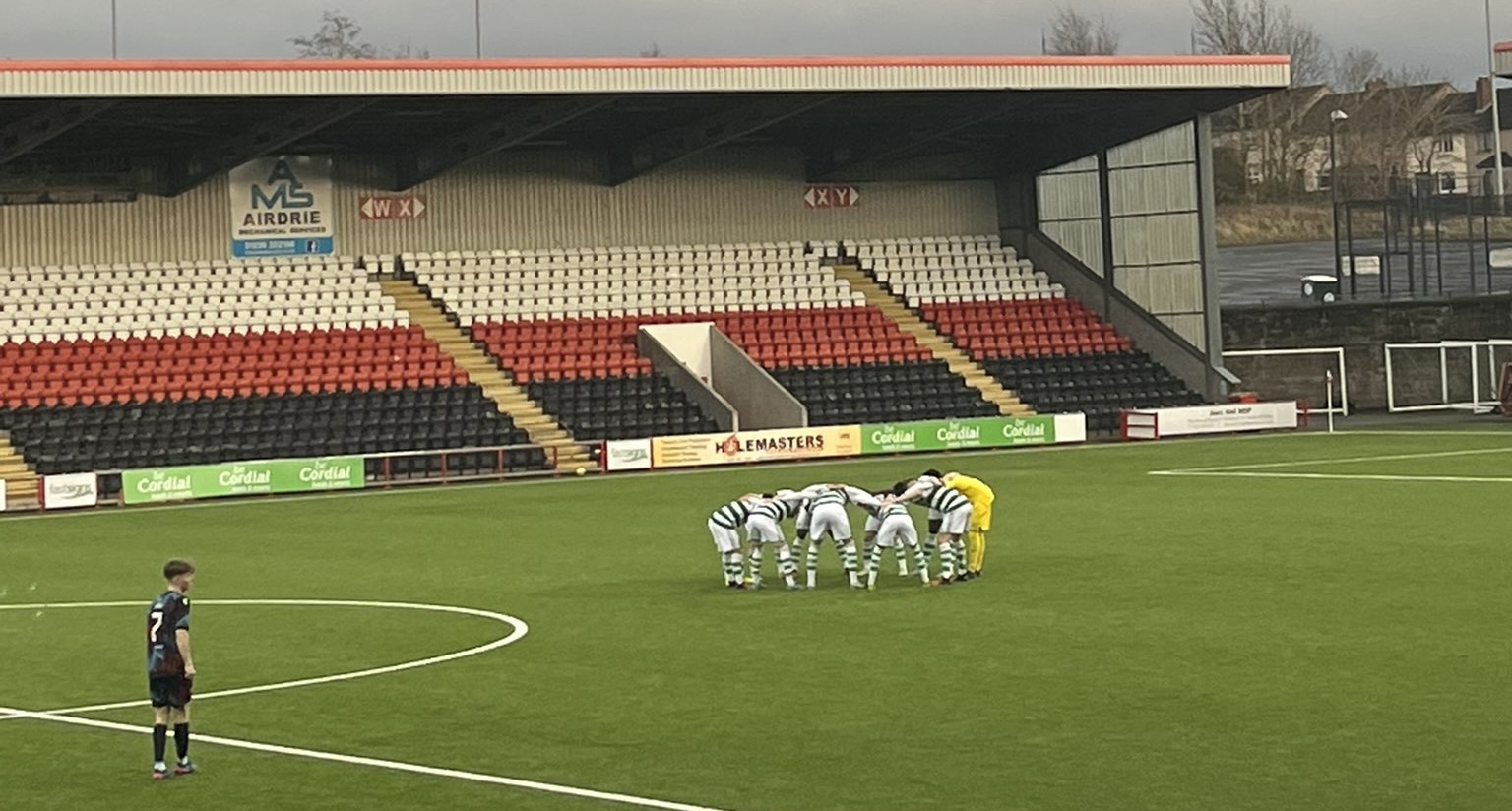 Ben McPherson was then nearly the architect to Celtic restoring their lead, threading through Joey Dawson after some good work, with the latter seeing his shot smothered by Chris Henry.

Stephen McManus and Darren O’Dea would soon be celebrating their side taking the lead. Tsoanelo Letsosa anticipated a loose ball from the visitors and laid in Joey Dawson with a precise pass, leading to the striker prodding home from eight yards out to make it 2-1.

The Celts were unlucky not to extend their lead in the immediate aftermath, as a cross from deep from Ben McPherson was met by Ben Quinn on the volley which he directed just wide of the target.

Caledonian Braves levelled matters on the stroke of the interval, as Scott Forrester was on hand at the far stick to blast home from a corner kick Celtic failed to deal with.

Just after the referee sounded for the beginning of the second half, Tsoanelo Letsosa’s strike from distance whistled just past the far post of the opposition keeper. Celtic were in the ascendancy moving into the last half an hour of the match probing in search of a third goal, which they would have a chance to secure on the 65th minute.

The lively Bruno Davidson set off on another run down the right flank, evading a couple of challenges before being illegally stopped in his tracks culminating in a penalty being given. From the spot, Joey Dawson coolly sent the keeper the wrong way to net his second of the match.

Two minutes later, Ben Quinn swung over a cross which took a wicked deflection and deceived Chris Henry at his near post, putting Celtic in a commanding position to claim three points.

Caledonian Braves showed fighting spirit in the closing stages and were awarded a penalty of their own on the 75th minute with one of their players being pulled down in the box. Mark Kelly side footed high into the net to give Ricky Waddell’s side a lifeline.

In controversial fashion, the referee pointed to the spot again minutes later as Tobi Oluwayemi was adjudged to have fouled the oncoming Braves attacker. Mark Kelly stepped up and slotted home in the same direction to ensure both sides would end the match with a point apiece.

Man of the match: Joey Dawson

Striker Joey Dawson enjoyed a productive afternoon, registering two goals and one assist across the piece. Managerial duo Stephen McManus and Darren O’Dea will be pleased with his all-round contribution during the match.