Celtic beat St Johnstone 2-1 in what was a drab affair.

What does the data show?

Once again crossing was Celtics achilles heel with St Johnstone’s only 2 chances, including the goal, coming in quick succession from crossed balls. Defensively, perhaps unsurprisingly it’s a mess with both chances coming from Scott Brown errors.

To start with we are set up well. A pass comes in and Brown leaves his man to pressure the ball (doesn’t need to) leaving a big gap in behind which is then exploited. Brown in his pressure misses going past the man, leaving this player with a big gap to run into.

This gap I think causes Duffy to panic and hold position. Brown eventually gets back in to cover, but now the defence are all too far across. This leaves Taylor to deal with Rooney who is bigger and more powerful and unsurprisingly wins the aerial duel. 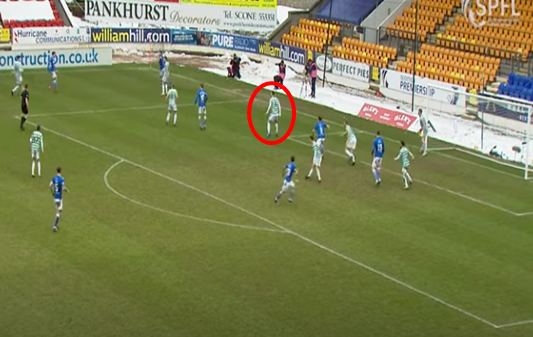 This shift across leaves a man free at the back post, so defence is a mess. Ajer should have been on Rooney with Duffy on Ajer’s man. But it’s starting to show that the 4-4-2 diamond breaks down when discipline does, which Brown showed here. 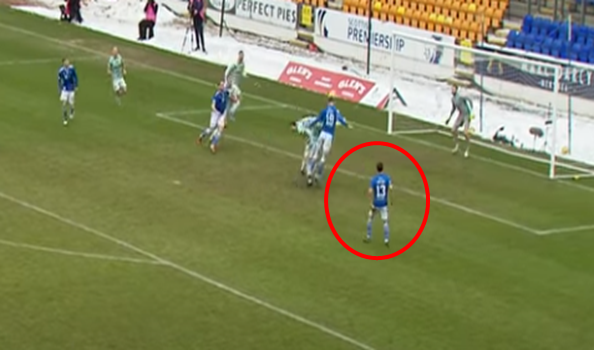 First, we can see a gap appears in the middle with Rogic failing to match a run. Brown needs to stop the ball entering the gap but instead of covering pass into space he again engages and the ball goes through him. 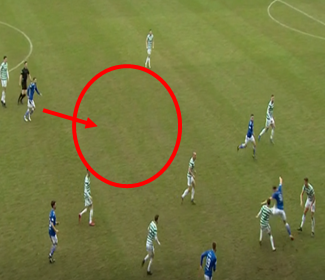 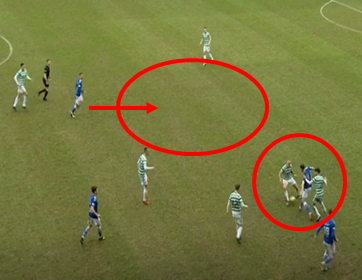 The St Johnstone player is now in lots of space, which means Taylor has to pressure leaving a man free out wide. Consequently, much like Duffy in the goal, Ajer has to stay wider to cover the gap left. Duffy retreats but loses his man and misjudges the flight of the ball. 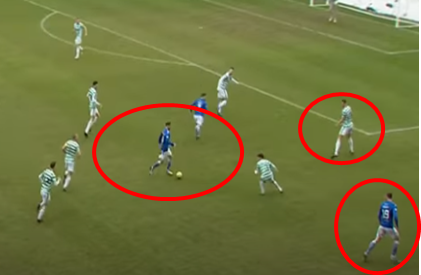 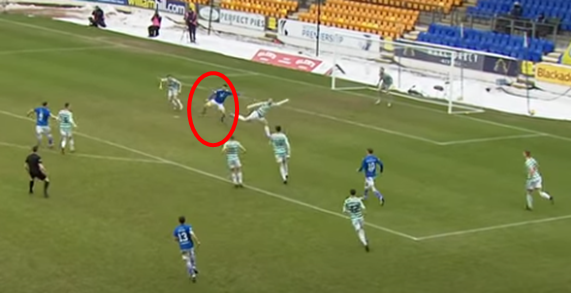 I’m getting concerned that we are wasting Kenny.

While he is good defensively, he hasn’t provided a cross in two games with Rogic in front of him. Whereas in his first 2 he provided 15 crosses. This needs to be addressed, but I’m sceptical coaches would have noticed.

Duffy has engaged, leaving a gap that Taylor then has to pressure (sounds familiar).

Against Motherwell, we see Welsh very far over and not defending the box much like Ajer and Duffy in the St Johnstone chances.

Once again, Edouard puts in a MOTM performance providing 1 xG & 0.25 xA. I noticed from his 2 goals he acted more like a poacher which isn’t his normal game. Eddy gets across the defender on both goals, just showing the constant improvement in his game 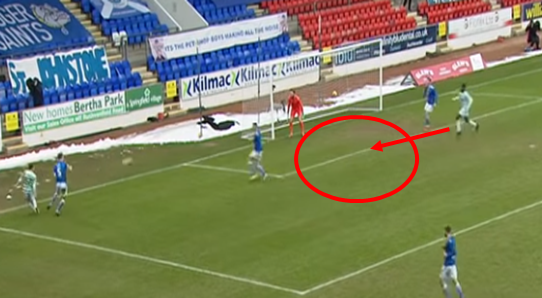 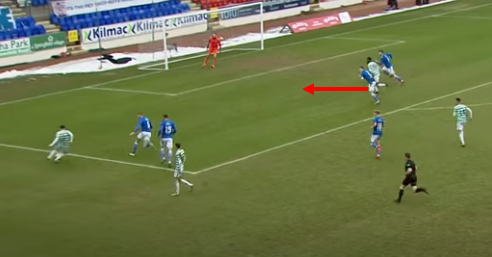 Christie built upon his sub appearance in the previous game by providing the creative spark in the game for both goals. He got 0.07xG & 0.61xA (doesn’t include the amazing dummy for Taylor’s cross). Perhaps another candidate for the number 10 position. 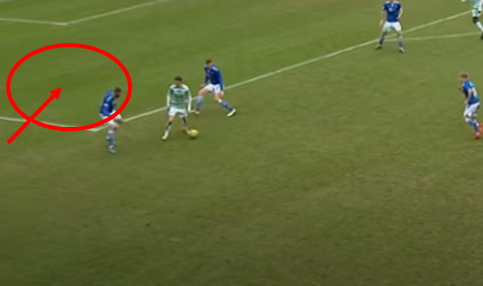 Taylor again put more xA on the board as he has done all season. Maybe a case for most improved player this season looks like he is really working hard to improve his game. He provided 0.39xA and was brilliant at reading Christie’s dummy for the goal.

With Christie playing as a 5th CM Edouard was again isolated with him registering 2 shots compared to the four each game, he played with Ajeti. Below compares St Johnstone and Motherwell average positions. With two strikers we are much further up the park. 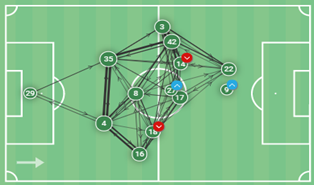 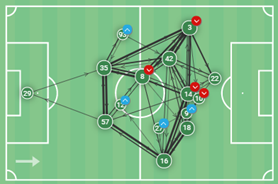 Edouard & Christie, the two best players for Celtic against St Johnstone will not be here next season, by all accounts. So it’s difficult to be optimistic long term for Celtic at the moment.

Issues that have been prevalent all season are still there for all to see. Relying on individual brilliance to win games, unnecessary pressing, Scott Brown and issues with crossed balls. A club in desperate need of a new vision.

We've been reporting on Paul Lambert's view on the situation at Celtic this season regularly throughout the season when Neil Lennon was being pushed...
Read more

The rumour mill is in full swing and every football website is trying to guess who the next Celtic manager will be. One name has...
Read more

OLIVIER GIROUD has spoken about nearly signing for Celtic during his early career as a gateway to getting to the Premier League. Having covered Celtic...
Read more

We've been reporting on Paul Lambert's view on the situation at Celtic this season regularly throughout the season when Neil Lennon was being pushed...
Read more

The rumour mill is in full swing and every football website is trying to guess who the next Celtic manager will be. One name has...
Read more

OLIVIER GIROUD has spoken about nearly signing for Celtic during his early career as a gateway to getting to the Premier League. Having covered Celtic...
Read more