Celtic defender Hatem Elhamed has again made it clear he is not on Twitter with during an official Q&A with the club on iNSTAGRAM.

We wrote back in August of last year the player made it clear there was someone on Twitter pretending to be the Celtic star.

Since then, the account has grown, with some of his fellow teammates even falling for the account.

It’s rather bizarre, there’s someone out there pretending to be the Celtic player and posting messages along the lines of what you would expect of Elhamed if he was on the platform.

If you do call the person out on twitter about it, they block you for your trouble.

The account lost a good amount of followers since we posted it up on social media on Tuesday night. Spread the word and unfollow. 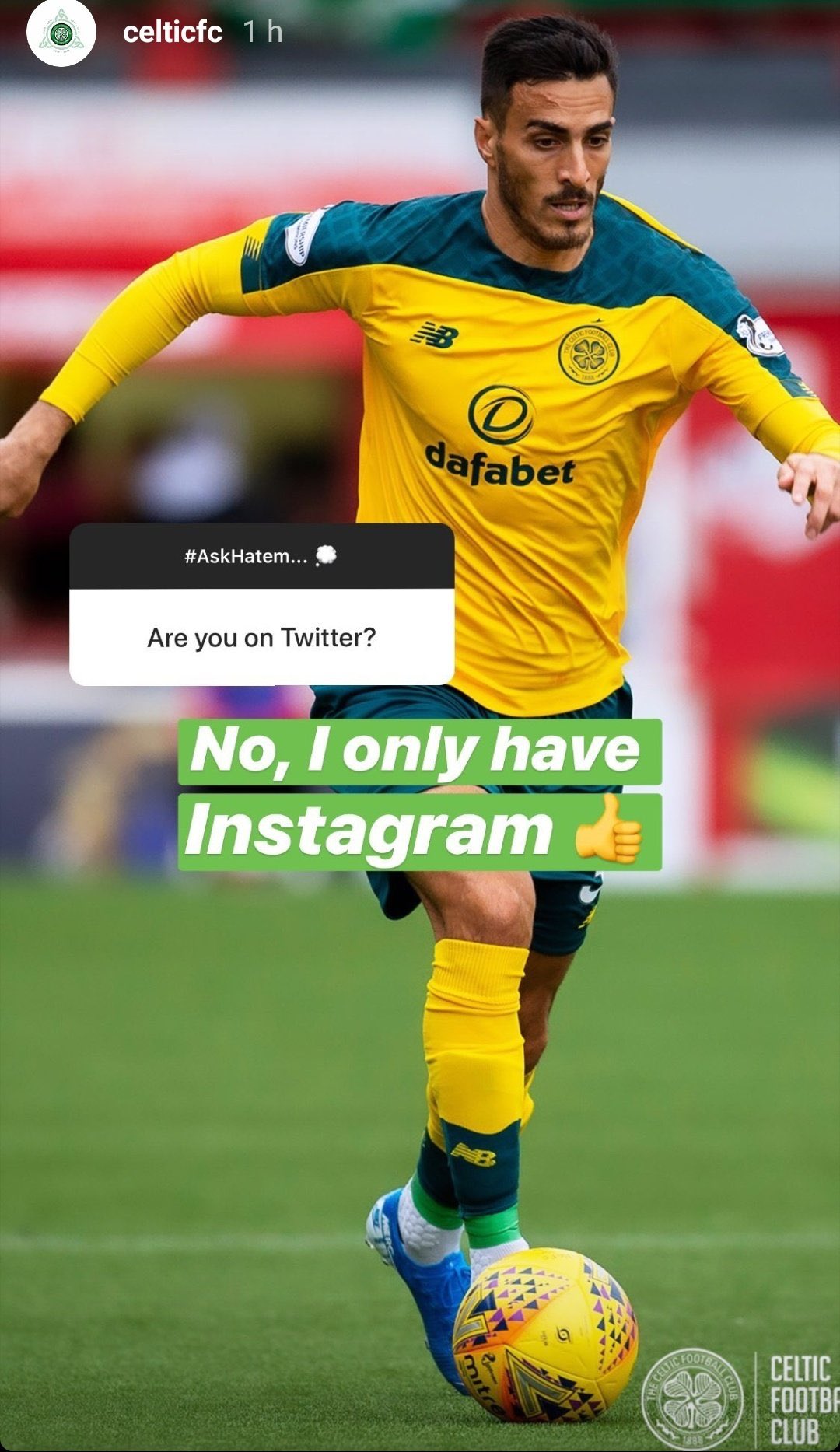