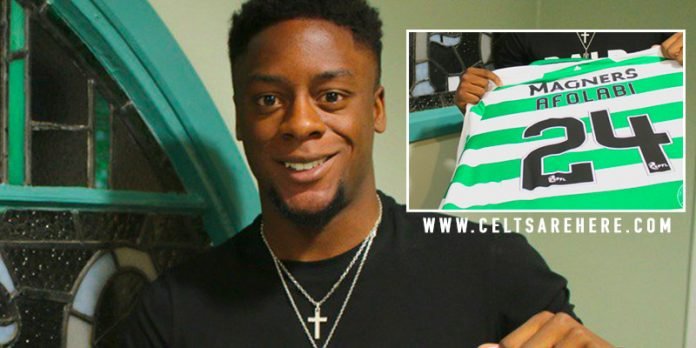 Celtic are currently taking on Motherwell in the Reserve League Cup and Celtic new bhoy Jonathan Afolabi has found the back of the net.

The Irishman who joined Celtic in the summer equalised for the bhoys to give Celtic a chance of progressing into the next round.

There is big hopes for Jonathan at Celtic and his development was hampered a little when he picked up a foot injury on Ireland Duty in October. He’s now back at it and wants to find his own way into first team contention and scoring goals is the way to do it.

Afolabi links up with @kdembele_10 before chipping the goalkeeper to grab his side the equaliser! ?

The game is still going on at the moment and we’ll bring you the full time result when it comes in. It’s 1-1 at half time.

Armstrong Oko-Flex is likely to see game time in the second half.