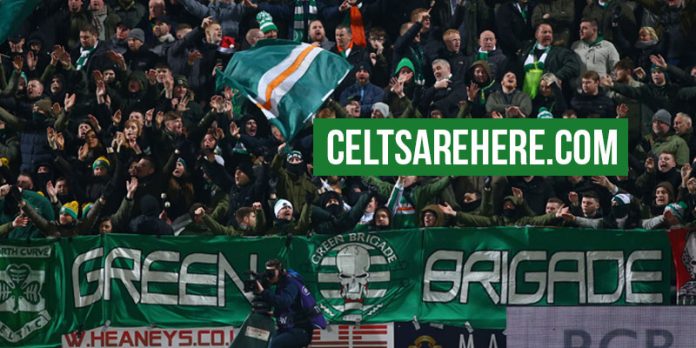 THE GREEN BRIGADE was raising funds at the weekend’s match against Dundee United for their food drive appeal. The supporters’ group were also collecting food parcels for the food banks.

On Tuesday morning, the organisation announced that seven vans were filled with food, and a total of £59,585 was raised. A remarkable effort from all those involved.

In an announcement from the Green Brigade, they showcased where the funds would be spent and who would benefit from the food donations. The video in the tweet highlighted some truly shocking statistics, like 1 in 4 children in Scotland live in poverty.

Please click the link for the full video: https://t.co/0jAfYW0pdM pic.twitter.com/tU29OOWbII

The video was in addition to the banner that was displayed at the weekend, which caught the attention of the Enough is Enough campaign.

The club was built on charity, and it’s great to see that this hasn’t been forgotten. The fan base is still, to this day, incredibly generous in its support of charities.