There’s so much to digest from Celtic’s starting XI for tonight’s game against partick Thistle at Firhill. 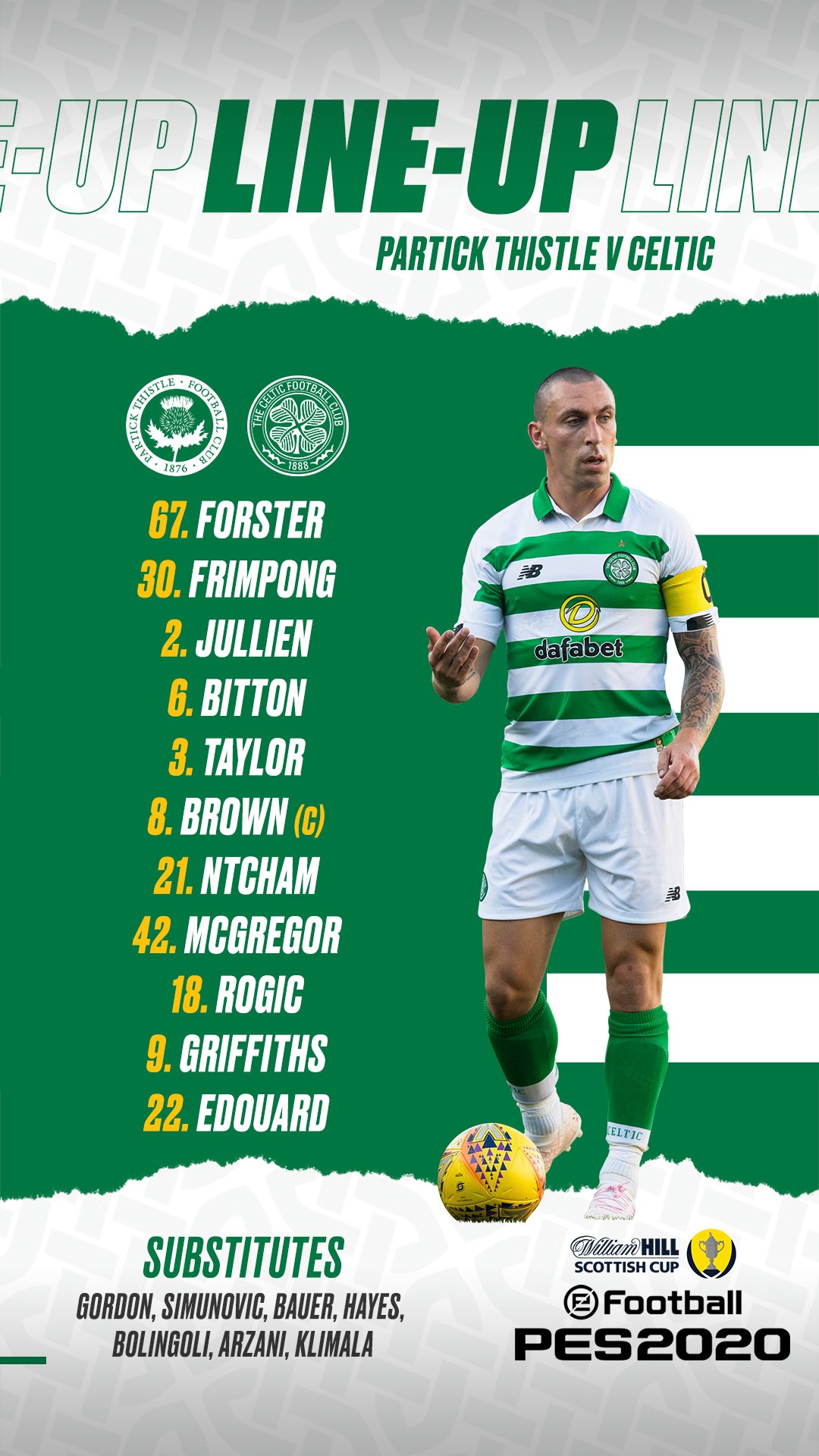 Daniel Arzani on the bench, only his SECOND ever inclusion in a matchday squad. The Australian could see some game time after over 14 months out of the game.

It’s an interesting team by Neil Lennon who has had three weeks to think about who would start this game. Some of the selections are due to circumstances with injuries and suspensions. Forrest and Ajer were both doubts and neither have made it.

Could we see a Klimala debut at Firhill?

Kick-off is at 5:30pm and Celtic will be looking to start the defence of their Scottish Cup as strong as possible.