Neil Lennon said today that he told his Celtic players to forget about Sundays League Cup final. There is no let off with pressure for the Celtic boss, every new game is a must-win game as Celtic battle out the top spot in the league with their city rivals.

The two teams will have a showdown on Sunday for the first trophy of the season, but first, the Bhoys must overcome Hamilton tonight at Celtic Park.

The Celtic manager was able to welcome a few of his players back to training this week but has stressed there is no guarantee they will be in contention for Sunday.
With tonight’s confirmed team you would wonder if you could read the managers thoughts for Sunday.
There are some big question marks regarding the selection on Sunday. Will Edouard be fit? will Frimpong start? Who will play at left-back? If Edouard does not play who will play up front? Has tonight’s team given any clues to the manager’s thoughts for Sunday?
The swap with Bitton and Jullien could be a rest for the big French defender, it is impossible to think himself and Ajer won’t hold the backline at Hampden. Leigh Griffiths must be wondering what he has to do to get a start again, he might be only coming back from injury but surely at this stage he can get an hour under his belt. 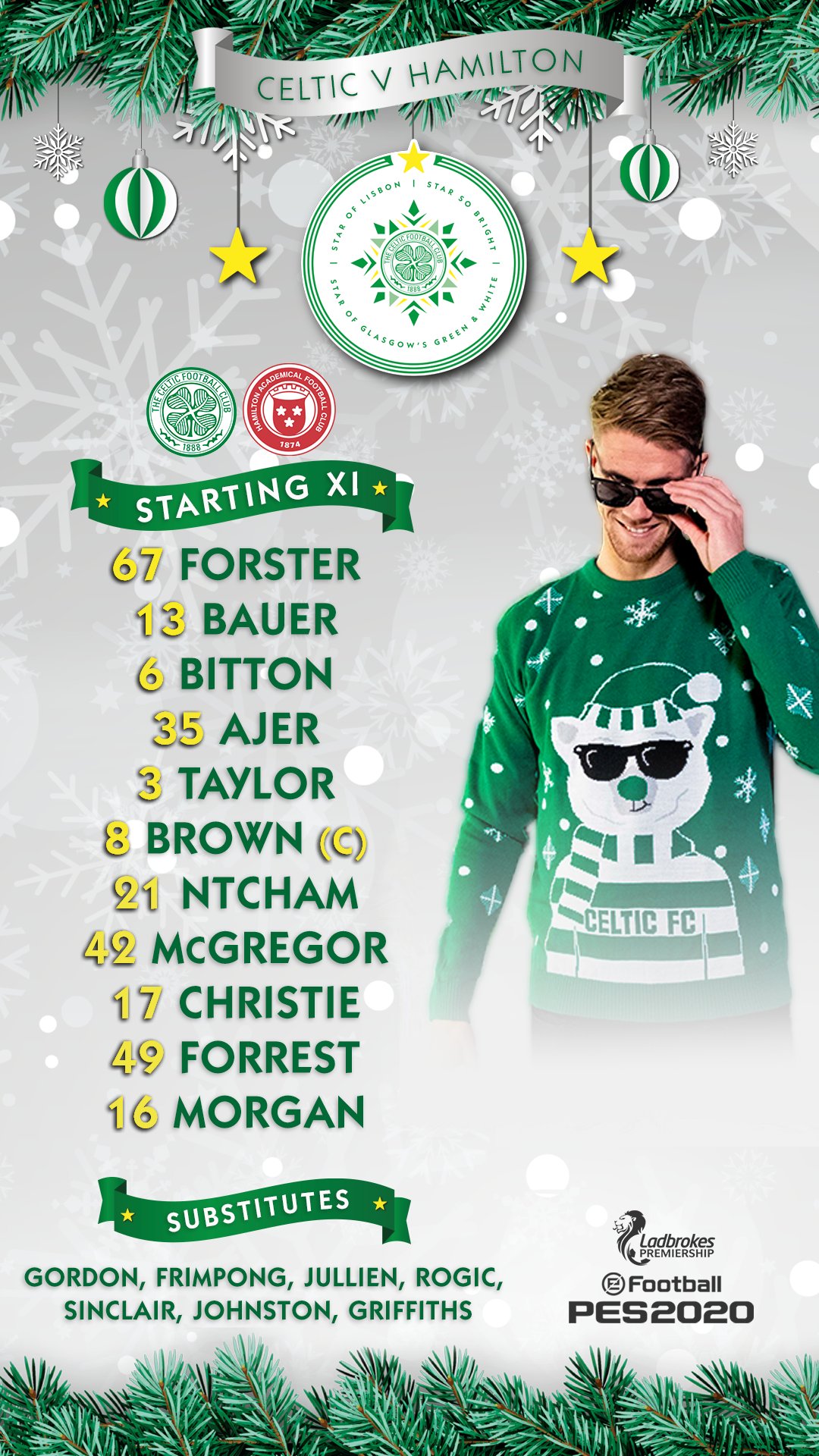