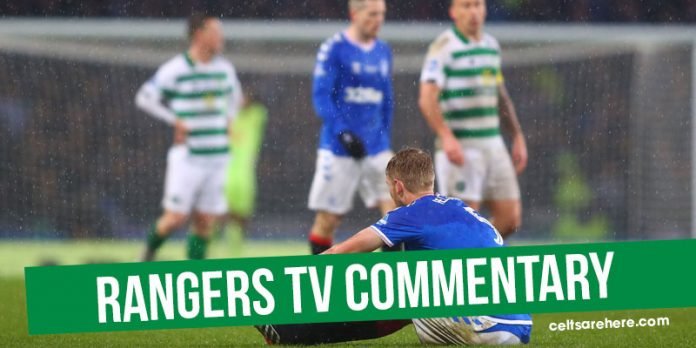 CELTIC got their second win over the Ibrox side this season and they managed it with no recognised striker on the park for nearly 60 minutes.

Odsonne Edouard was sat on the bench – not fully fit and being saved for later in the game.

There needed to be another hero on the pitch at Hampden and we certainly got one in Fraser Forster. He broke The Rangers players, supporters and of course their commentary team at Hampden and we have the evidence to prove the latter.

Gers TV commentary with our pal Tom on the mic – they showed wave after wave of Gers attack that Fraser Forster refused to let hit the back of the net. Prompting Tom to ask “What do Rangers have to do” and his co-commentator in the most painful of tones saying “He’s saved it…again.” – Beautiful.

Celtic won their tenth trophy on the bounce at Hampden – a quite incredible run that started in 2016 and will run into 2020. Title taking, history-making.