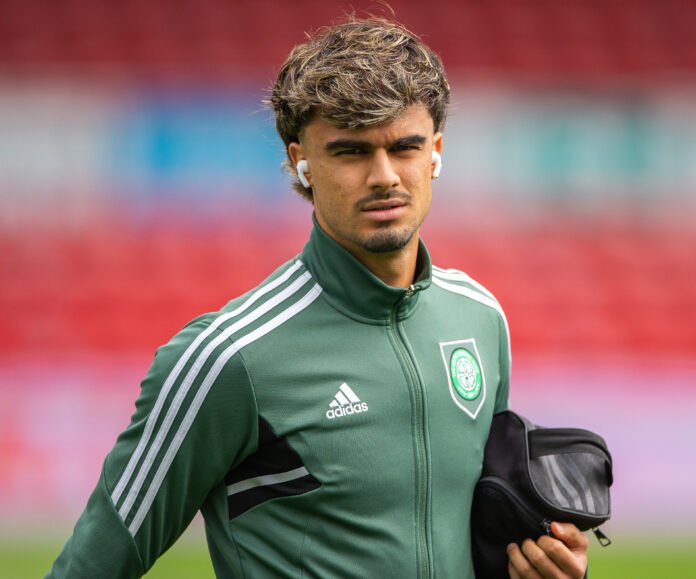 ANGE POSTECOGLOU has confirmed Jota remains out injured and will play no part against Hibernian on Saturday afternoon.

The Celtic winger missed the past two games and will be on the sidelines again as the Easter Road side come to town.

Speaking to Sky Sports ahead of the game Ange confirmed:

“Jota’s not available again. We’ve just got to be a bit conservative with him and we expect him to be back in training next week at some point.

Celtic have a hectic run of games before the domestic shutdown for the World Cup, getting Jota back up and running as soon as possible has to be a priority.

Ange also confirmed two more absentees for the visit of Hibernian: David Turnbull picked up a bit of a knock on his ankle. Welsh also picked up a knock in training.”

The manager also confirmed Liel Abada is fit for the game after going off against Leipzig on Tuesday night.

Celtic have been going through a sticky patch in form. A very late winner against St Johnstone last weekend kept distance at the top of the table. Hibernian presents a big challenge for the bhoys and these games tend to be very open.

Lee Johnson will be looking to cause a shock in Glasgow. It’s up to Celtic to lay down a marker once again and bring back a little bit of the early season fear factor.