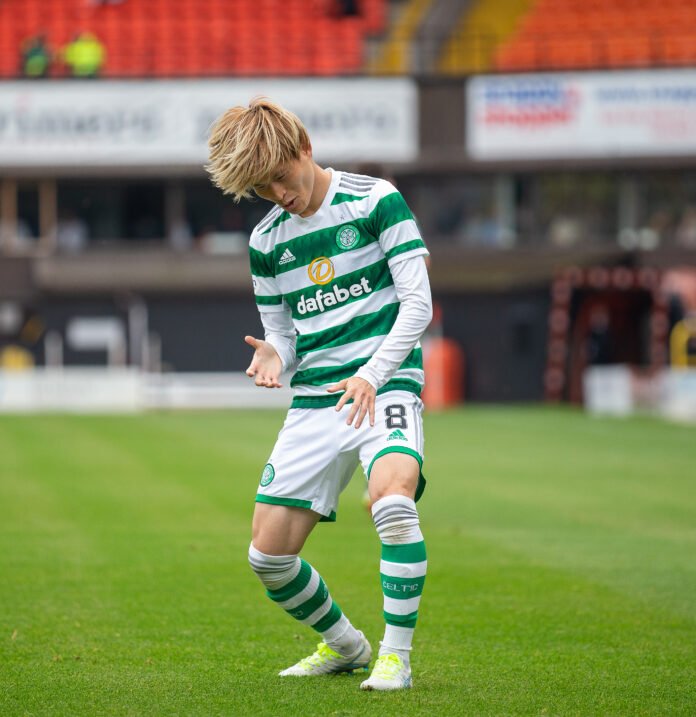 Kyogo was in training on Monday morning ahead of a massive Champions League game on Tuesday night.

The Japanese striker has chosen to go onto social media after today’s training session to rally the support ahead of a big night in the east end of Glasgow.

Celtic Park will be rocking when the Champions League music hits on Tuesday evening. After that, it’s all on Kyogo and the bhoys to deliver on the park.

It’s Matchday four and Celtic are without a win in the competition to date. Three points at Paradise would really put us back in the thick of things.

It’s not going to be an easy night. We saw the qualities Leipzig have in the 3-1 defeat last week. When they hit full flow, they can hurt us.

We can also hurt them but more often than not we find that we hurt ourselves a lot of the time. There’s a big performance needed by all in green and white on Tuesday!