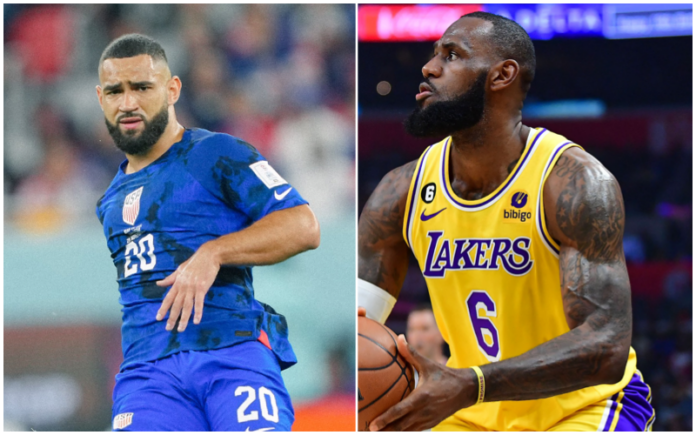 LeBron James took to social media on Tuesday evening to congratulate Cameron Carter-Vickers and co for reaching the knockout stages of the World Cup.

America needed a win against Iran to ensure progression to the latter stages of the competition. Celtic defender Carter-Vickers wasn’t expected to start, however, he was thrown into the deep end and tasked with getting this US team over the line.

A goal from Pulisic was enough to get the win, but CCV is getting praise for his defensive performance. Keeping a clean sheet and staying very cool under pressure in the final moments of the game.

Iconic basketball star LeBron sent a message on Twitter to congratulate and encourage the USMNT.

USA now have a weekend date with the Netherlands. CCV will be hoping he’s done enough to keep his place in the side for the knockout tie.