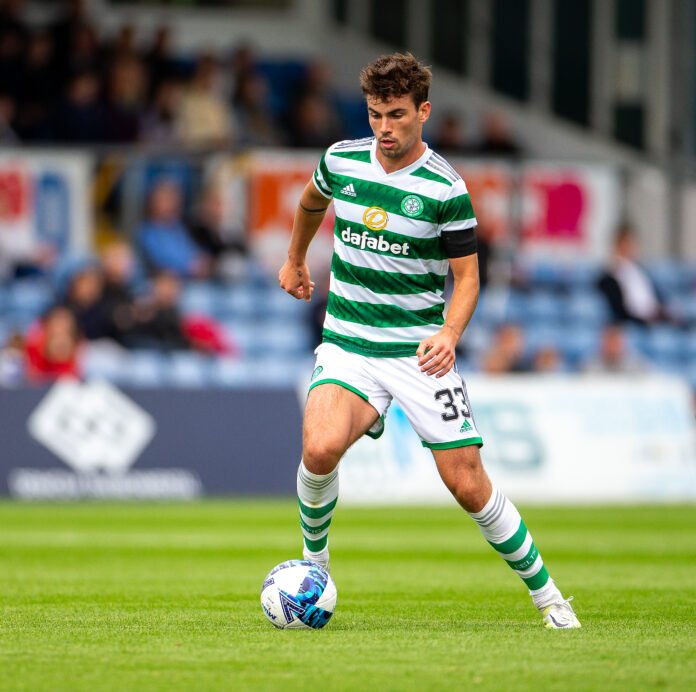 English Premier League side Newcastle United are the latest team to have been keeping tabs on Celtic star Matt O’Riley [Football Scotland].

Along with captain Callum McGregor and Greg Taylor, the Danish international had a very busy international break with him returning to Lennoxtown fully fit.

The former MK Dons midfielder is yet to receive his first call up to the senior squad and would have been disappointed that the under-21s who he was representing during this break lost out to Croatia for a spot at the under-21s European Championship.

O’Riley opened the scoring for Denmark inside ten minutes, but they were unfortunately beaten on penalties 5-4.

During the match, it has been revealed that scouts from Newcastle United watched the game to keep an eye on the 21-year-old midfielder.

There was interest to watch the game elsewhere, with it being revealed by Football Scotland that there was a total of 39 scouts in attendance to take in the action, with some of Europe’s top clubs having representation at the match.

Since joining Celtic in January for a fee believed to be around £1.5 million, the midfielder has been an absolute steal.

He was a vitally important player in Celtic’s push for the league title and has firmly established himself in the starting lineup at Celtic Park.

O’Riley is only likely to continue to get better, and it is a testament to him that there is such interest with the player being well aware of it but emphasising there were no offers, so he didn’t think about it.