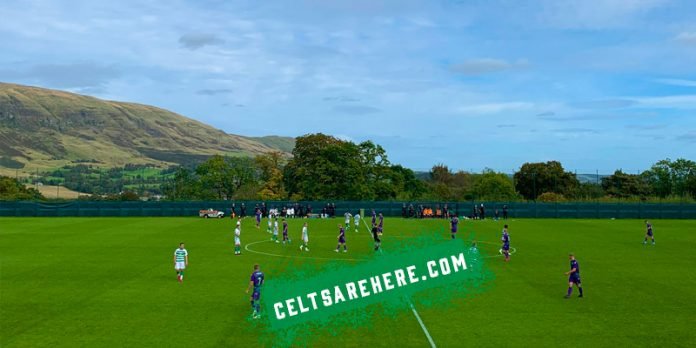 Celtic midfielder Callum McGregor has singled out youngster Owen Moffat for praise after his impressive display against Sheffield Wednesday.

The Hoops youngster played an hour against the English League One side and scored the third goal in a 3-1 victory, which saw Ange Postecoglou pick up his first victory as the club’s new manager.

As quoted by the Daily Record, McGregor, who was also once a product of the Celtic academy, similarly to Moffat, claims it is no surprise to see that level of performance from the youngster with the extra work he has been putting in on the training ground.

“The young lads yesterday, I thought they were excellent. After a shaky start, they regained their composure and went on and won the game convincingly, which is great to see.

“Obviously a mention for young Moffatt, his attitude has been first class.

“I remember watching him at the end of last season, training on the Astro himself. Every day they would do finishing, and I remember thinking, ‘he’s got a finish on him’.

“I wasn’t surprised yesterday when it dropped, and he half-volleyed it into the net.

“It’s brilliant for guys like that to come in and show what they can do.”

Before yesterday, sections of the support wouldn’t have heard of Moffat. But after yesterday’s display, many will be looking forward to seeing what he can do in the other fixtures across pre-season.

This season is a big chance for several youngsters with both the new manager and the size of rebuild the club has ahead.

It is always good to see academy prospects come through and be part of the first team for years. Fingers crossed, Moffat can build on that first display and go on to be a mainstay in the side at some point in the future.