The Bhoys can walk out of the tunnel at Celtic Park tonight knowing that their place in the last 32 of the Europa League is already in the bag. If that is a good mentality for the team or not remains to be seen. Sometimes this Celtic team like to be written off or under pressure to put on their best performances.

The manager has challenged his players to finish off this group in top spot. Fans already knew that Jonny Hayes and Bolingoli were out for tonight that would give young Greg Taylor a Europa League start. This a perfect chance for Celtic’s new number 3 to prove to his manager that he is worthy of a starting spot. With Hayes, Bolingoli and Taylor all in competition for the one starting spot, it has certainly brought out the best in all three defenders so far. 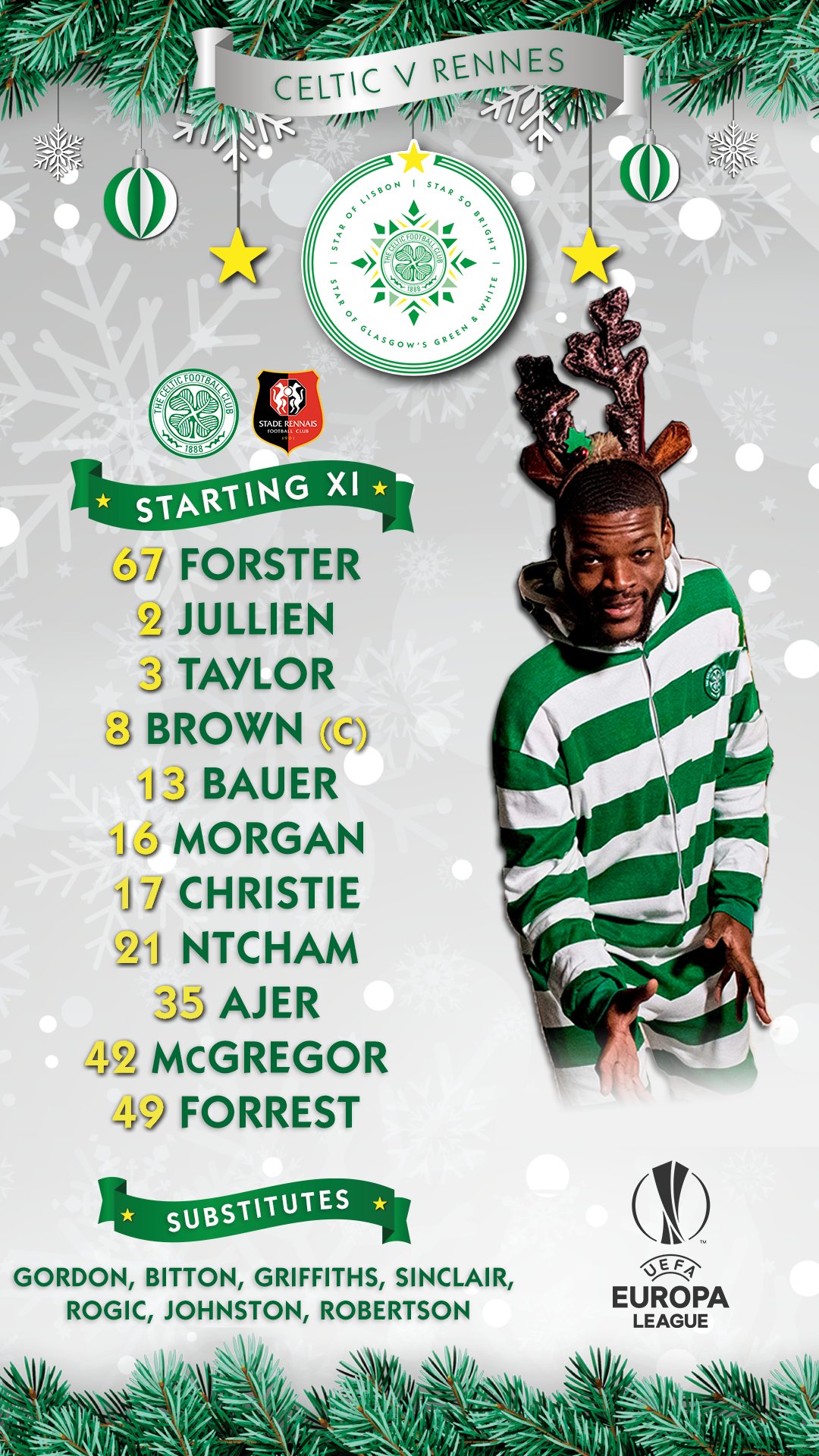 Some fans might be surprised to see now striker starting tonight. The exclusion of Edouard from tonight’s squad is reported to be from a calf injury. It will be interesting to see the shape of the team tonight without a striker in the starting eleven.

Morgan and Bauer get a start tonight with Sinclar and Griffiths on the bench.