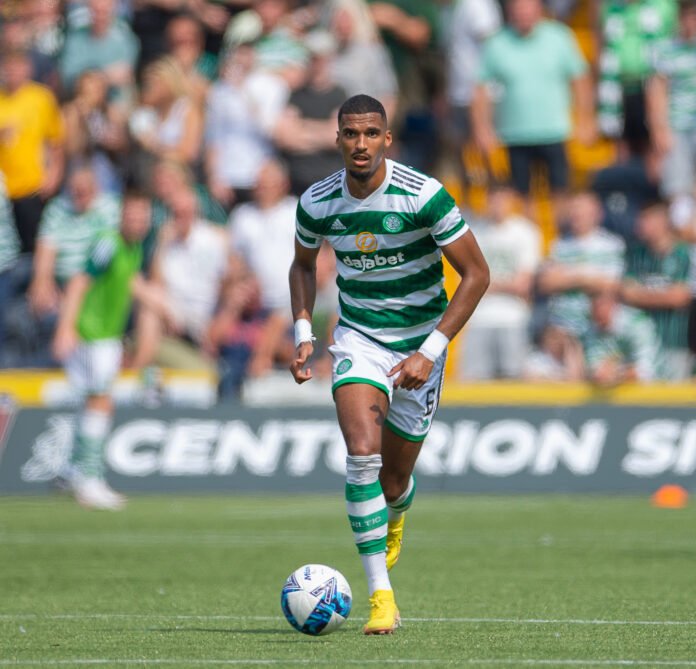 MORITZ JENZ could be on his way out of Celtic Park BEFORE the end of the month according to reports.

The German defender signed from Lorient on a season long loan back in the summer. Carl Starfelt’s injury meant Moritz got a lot of game time, but since the Swede’s return, his minutes on the field have vanished.

CeltsAreHere wrote earlier this week Moritz’ omission from the Matchday squad against St Mirren seemed peculiar and the fact Kobayashi had got the nod in CCV’s absence suggested Jenz has gone further down the pecking order.

The January window closes in less than two weeks and Sky Sports is reporting the defender is fielding interest from a number of German teams who’s like to pick up his loan for the rest of the season.

Moritz was 100% a part of the reason why Celtic managed to gain a nine point lead at the top of the SPFL. However, Ange clearly sees him as a back up at this point. The German came to Celtic to get game time and that looks unlikely.

Jenz has been a brilliant player for Celtic and a really good guy. If he leaves after half a season, we wish him the very best of luck.