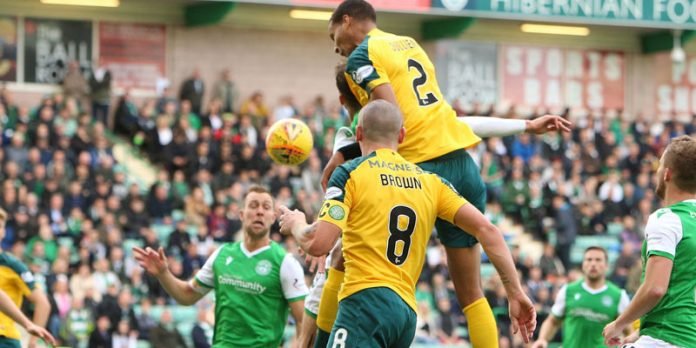 NEIL LENNON has let Celtic fans know there’s no problem with Christopher Jullien as we approach the cup final on Sunday after the player sat on the bench for the Hamilton game.

The Celtic manager opted to play Nir Bitton at the back but it wasn’t because Jullien was struggling with injury. He gave the Frenchman the night off, as he has a few bumps and bruises and felt he would benefit from not seeing action.

“We’re alright on the injury front. Obviously Chris Jullien had the night off. He’s had a huge volume of games and a few bumps and bruises, so the night off for him will do him the world of good.” Neil Lennon told Celtic TV.

It could have backfired spectacularly on Neil Lennon after Hamilton equalised very late in the game. However, Scott Brown dug Celtic out a hole on the night and scored an even later winner for the Champions.

Jullien will start the cup final for sure alongside Kristoffer Ajer, it will be up to both of them to deal with the physical threat of Alfredo Morelos.

Celtic are seeing their tenth domestic trophy on the bounce and will be going all out for the win.