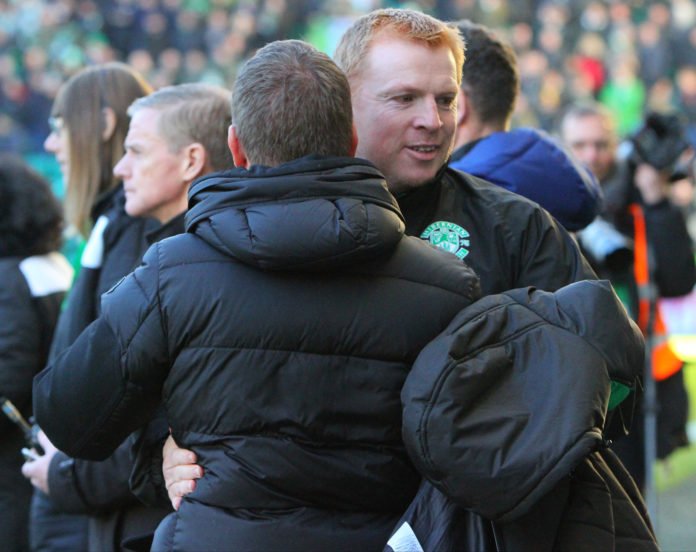 BRENDAN RODGERS believes the SFA should be reaching out to Neil Lennon in their bid to find a new manager.

The SFA were left embarrassed this week when their number one target publicly declined the role after talks. This has left them going back to the drawing board.

Brendan Rodgers was asked if he thought Neil Lennon would be a good fit for Scotland and he was glowing in his praise for his fellow Irishman.

“I think they should at least ring him to see if he’s interested. Because I’m sure that could be a great fit.

“He’s tactically good. He’ll have worked with a lot of the players. He knows the game up here having also had a stint down south as well. He’s got a really good football brain

“Yeah, I think they should be certainly seeing if he’s interested in the job. There is absolutely no question for me.”

Brendan maybe a little naive thinking the blazers at Hampden would even consider Neil Lennon for the job.

Celtic take on Neil Lennon’s Hibs side on Saturday at a sold out Celtic Park.