NEIL MCCANN has spun the mother of all staunch narratives ahead of the football restart next month.

Back in the real world, Celtic are nine points clear and already have a replacement for Juranovic should he leave in the winter window.

It’s quite remarkable how upbeat and the stories that can be spun. Celtic have been the dominant side in Scottish football for over two decades by a country mile, but there’s still this obsessive need to try and make things out much more equal and up for grabs.

McCann cites the football calendar and fixtures Celtic will come up against as more proof they can catch the champions. 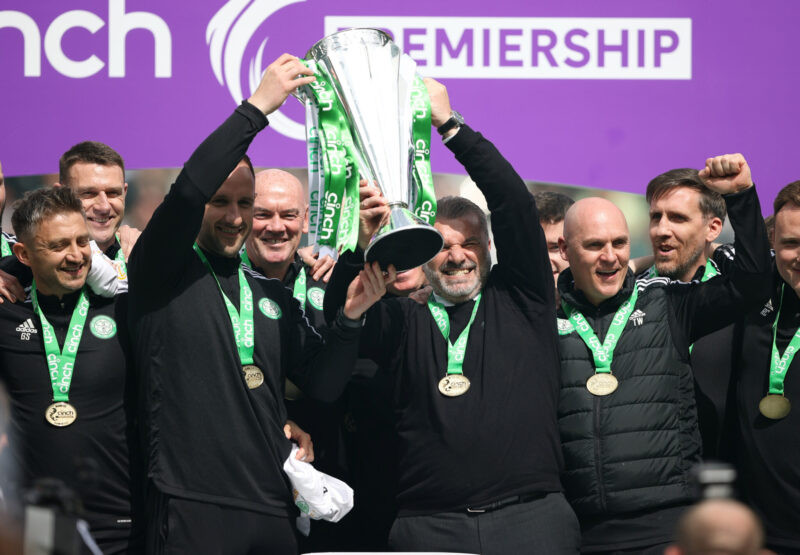 Why can’t they just come out and say ‘it’s going to be difficult for any new manager to come in and make up ground on Celtic. Not impossible, but a very difficult task.

“There is three Old Firm games to go, but he has to win Hibs at home, Aberdeen away, Ross County away and Motherwell at home and get in on the same points (gap with Celtic) or better. Are you telling me if it’s six points going into the rest or the season, then that isn’t achievable? It’s a mindset thing. That group of players have to be switched back on.

‘I think if he (Michael Beale) gets players back fit, and players playing well, you can start to reel points back in on Celtic. I think if Mick Beale takes this job is because he thinks he can do something with that squad. There could be people leaving Ange Postecoglou’s team in January, Juranovic might go. I would concede if he doesn’t get to the Celtic game with points intact it’s over, but if he does it’s a different ball game.”

The whole premise os on Celtic imploding. That’s not a good place to be.

Nobody at Celtic will be putting the champagne on ice and as we saw before the break, they know they need to grind out results, something they’ve done on more than one occasion.