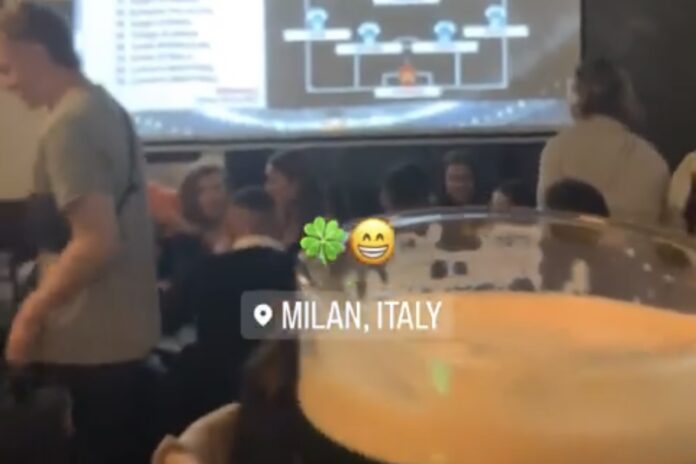 Celtic new bhoy Alistair Johnston is enjoying some down time after participating in the World Cup with Canada. On the day his move to Celtic was confirmed, the right-back was in Milan, taking a break before he gets ready to meet up with his new teammates.

Alistair posted a video on his Instagram story, watching the football, enjoying a Guinness when he something caught his eye on the wall.

If Alistair needed any sort of reminder of the size of the club he’s just joined, finding their name pinned to a random wall in a bar in Italy will certainly give him a jolt.

The 24-year-old isn’t eligible to play for Celtic until January but will get into the swing of things well before then. There’s every chance he could be on the bench come the Glasgow derby at Ibrox.

Hopefully AJ isn’t having too many drinks on his holidays and he hits the ground running when he gets to Lennoxtown!