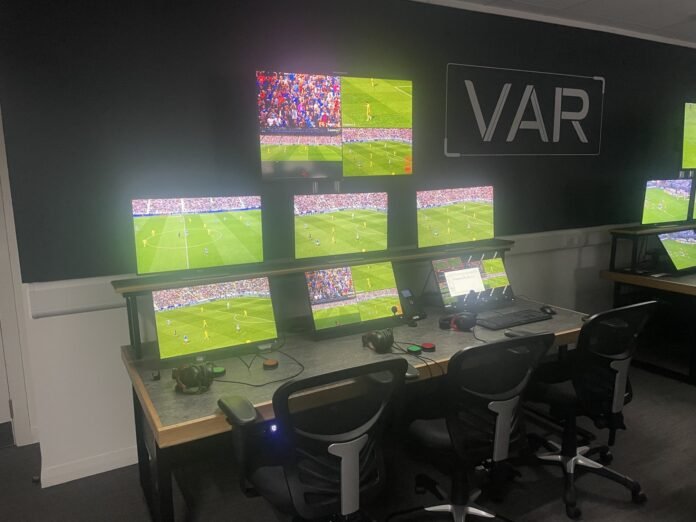 MICHAEL NICHOLSON has spoken out about Celtic’s handball call in their match against Hearts in the league a couple of weeks ago when VAR decided not to award the Hoops a blatant penalty.

The CEO has stated that the club will continue pressuring the SFA and SPFL until the levels of officiating are satisfactory. Nicholson reminded those in attendance at the AGM that Ian Bankier was nearly in trouble last year for his continued pressure on the governing bodies.

Celtic pushed for the introduction of VAR; now, they will shift their attention to ensuring those who operate the equipment are scrutinised.

Speaking at the AGM on the subject, Michael Nicholson gave some insight into wheat the club have done so far, admitting that the club did seek answers after the Tynecastle incident. He said;

“It’s easy to get caught up in individual decisions one way or the other.

“It seems that handball is applied in different ways in varying countries.

“What we have as a club – and all clubs in Scotland have it – is an interest in having the best possible match officials and regulation of matches so we can focus on football.

“As we mentioned last year – and as Ian Bankier almost got into trouble with – we have for many years lobbied the SFA and the SPFL to make sure we got the best match officials possible.

“The first step with that was pushing for VAR – which worked out well.

“The second stage was to raise our concerns about VAR with the SFA.

“In relation to the specific incident (at Tynecastle) we did ask questions about how the rules had been applied.

“I think it is inevitable that with the early stages of VAR there are going to be some teething issues.

“But you can rest assured that we do continue to press that issue with the SFA and the SPFL.

“There is a working group that the SPFL have brought together of all the clubs.

“We are not the only club who hold that view, we will continue to encourage them to.”

It’s good to see that the club and lobbying the SFA and SPFL, but let’s face it, it’s going to get us nowhere.