SPFL secretary has spoken of a ‘nightmare’ scenario for some SPFL clubs who could be forced to play four games in eight days when football returns in August.

The SPFL fixtures are due out in July, perhaps the hold is down to litigation between Hearts, Partick Thistle and the SPFL. However, when they do come out, it could cause a stir with supporters and clubs.

Between FIFA dates scheduled for next season and UEFA competition dates, the SPFL will have to hit the ground running and cram so many games into a small space of time.

It’s certainly not going to be a normal season by any stretch of the imagination. Crowds in stadiums will not be an option at the start of the season at leas either.

Here is the full information, posted by Superscoreboard. 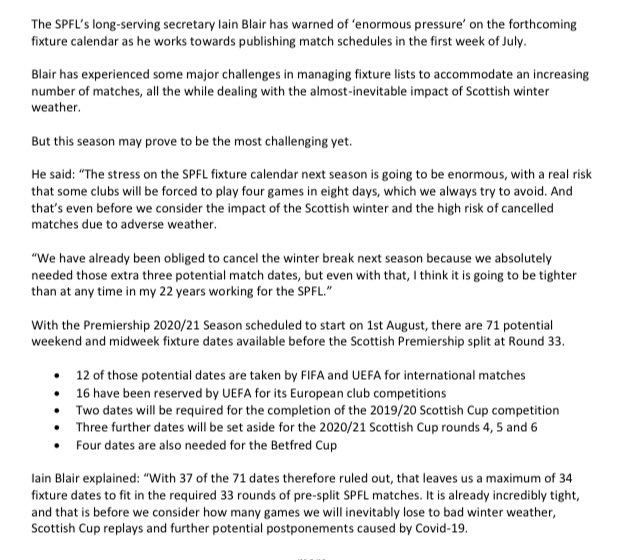 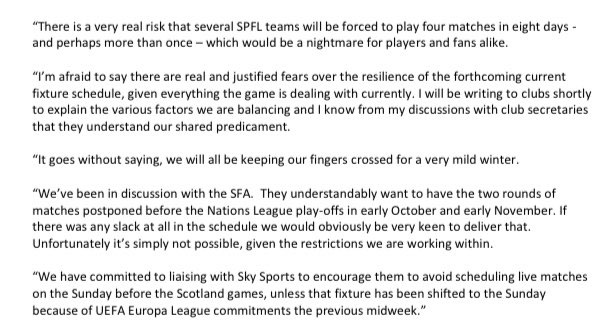 I think any football fan would take the concept of more football rather than no football but with clubs being forced to cut their cloth, many could have their smallest squads in years but the most demanding fixture list in a long time.

M.Ross - July 16, 2021 1
Celtic have announced the signing of Kyogo Furuhashi on a four-year deal - subject to international clearance. This move didn’t even get the chance to...