CELTIC fans haven’t seen Mikey Johnston in action since the start of September when he limped off during the 2-0 win at Ibrox. At the time it looked like the player was suffering from cramp but it has turned out to be an injury which has seen him miss the last two months of football.

With another international break looming, it was surprising to see the wee mans name on the under 21 call up sheet considering he’s yet to make his Celtic comeback.

There are a few more games before the international break so perhaps Scotland and Celtic have been speaking with each other over the inclusion of the winger.

Celtic take on Hibs this Saturday followed by Lazio on Thursday and then Motherwell at home on Sunday before the players head out to play for their country. There’s a chance Neil Lennon has earmarked the Motherwell game for Mikey’s return.

It’s by no means a forgone conclusion Mikey gets back into this side at present when fit with Mohamed Elyounoussi bang in form.

Here is the full under 21 call up sheet: 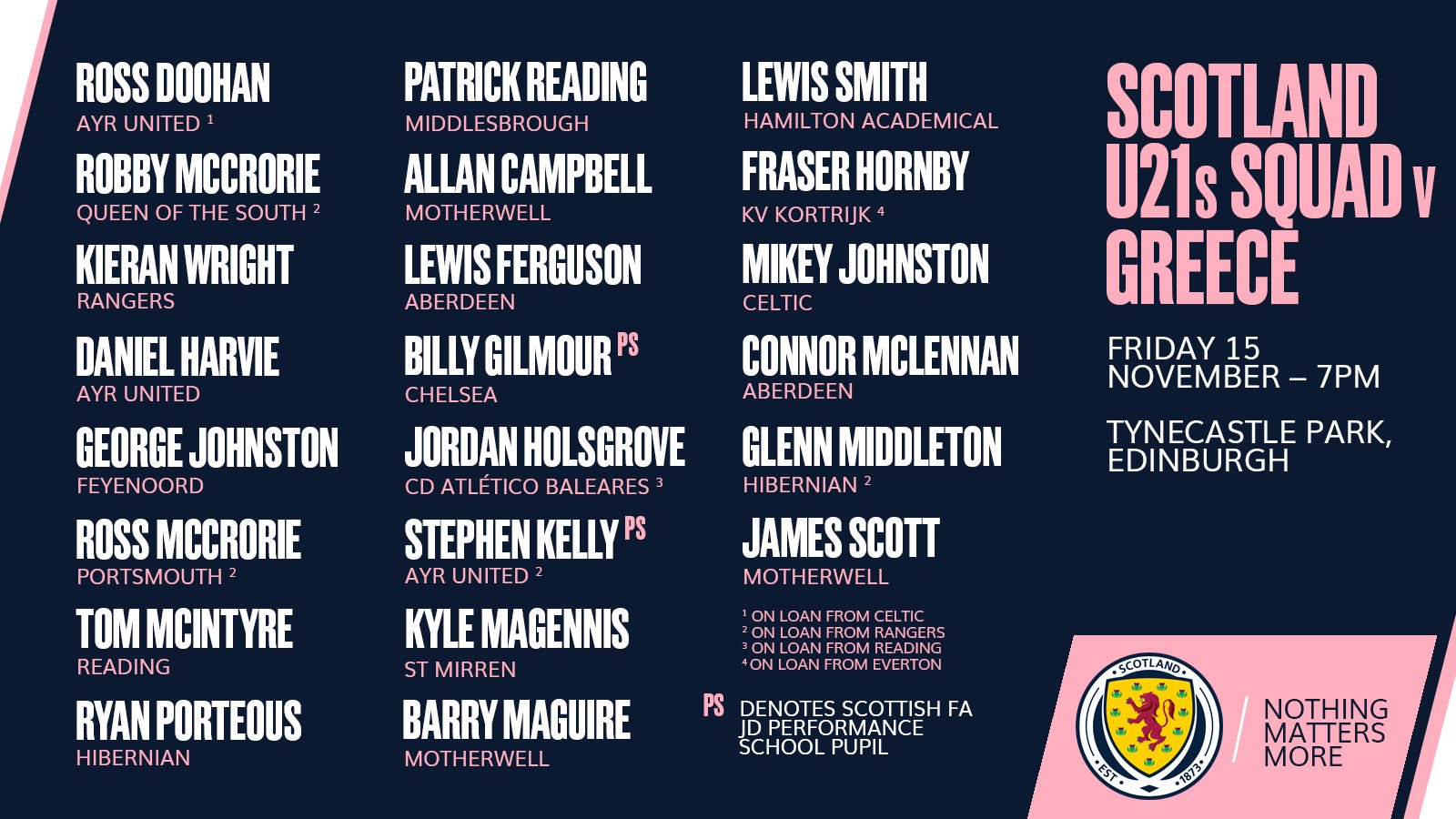 Celtic Reveal Adidas AddOn for Ten in a Row Season